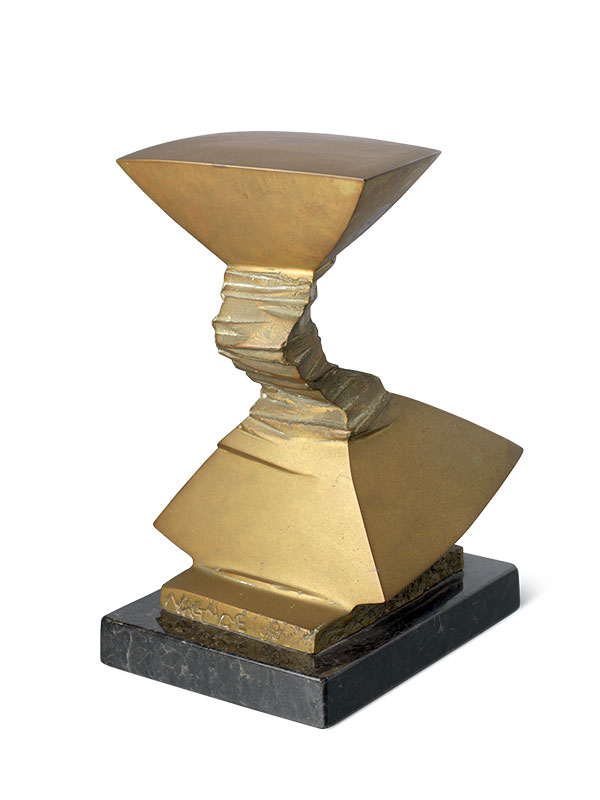 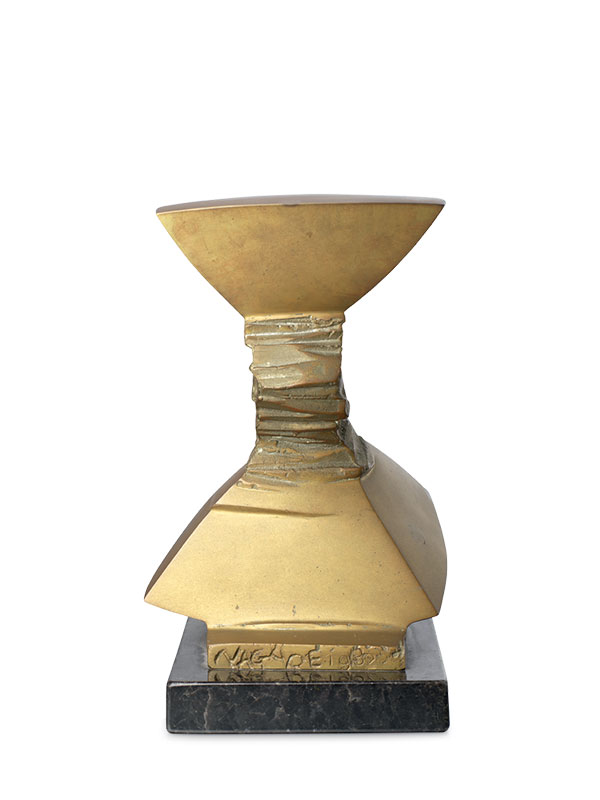 A bronze sculpture of two domed pyramid shapes, joined together by a stacked and bent column. The sculpture is supported on a rectangular bronze base, which in turn rests on a marble plinth. The front of the bronze base is inscribed ‘Nagare” and dated 1982.

This cast might be dated 1982, but the concept dates from earlier times: a version dated 1977 was included in an exhibition of Nagare’s work organised by the Asahi Shimbun company at the Tokyo Metropolitan Art Museum in 1979. Masayuki Nagare (1923 – 2018) was a modernist Japanese sculptor, nicknamed the “Samurai Artist” for his commitment to traditional Japanese aesthetics.  In 1942 he enrolled at the Ritsumeikan University, where he studied Shintoism and was apprenticed to a master swordsmith. Nagare’s art is strongly influenced by Shintoism, Zen Buddhism and traditional Japanese martial arts. His sculptures’ clean lines often follow the subtle curvature of Japanese swords.