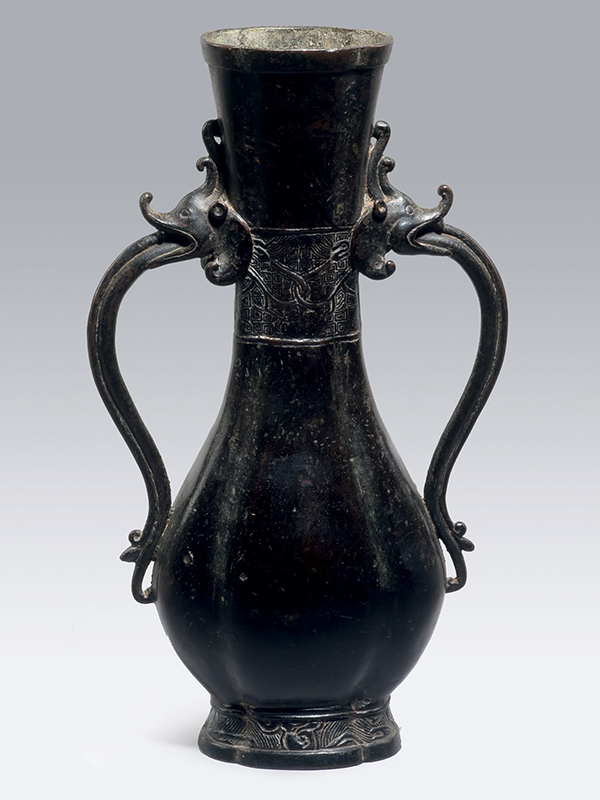 A bronze vase of quatrefoil baluster form, supported on a tall, tapered foot. The vase has two handles connecting it with its neck. The long, spindly handles issue from horned monster heads with upturned noses. The vase is decorated in low relief with a band of linked dragons on a ground of diapers, and a band of wave pattern around the foot. The bronze has a rich, black patina.

The general form and the design of this bronze vase is inspired by ceramics of earlier periods, in particular Song dynasty Qingbai-glazed pieces, of which there is an example in the Asian Art Museum of San Francisco.1 The fact that t he style remained popular in later periods, can be seen in a bronze vase dated 1494 in the Kresko collection of the Saint Louis Art Museum.2