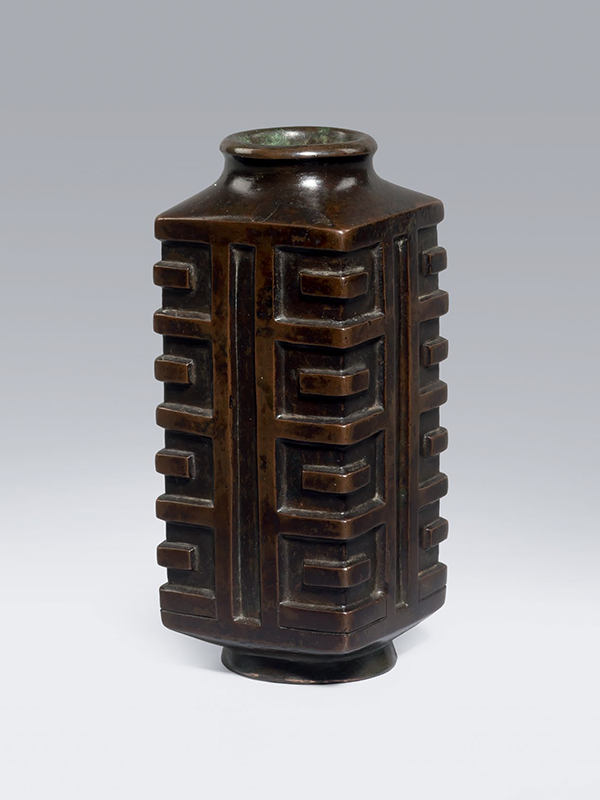 A bronze vase of rectangular cong form supported on a tapered circular foot rim. The straight sides rise up to gently sloped shoulders that terminate in a short neck and circular lipped rim. The heavily weighted vase is cast in high relief with a geometric pattern of rectangular facets and single grooves in the centre of each section. The bronze has a rich dark patina.

The form and design of this bronze vase are directly adopted from the jade congs of the Neolithic period. The cong is one of the principal jade types of the early Neolithic period, particularly of the Liangzhu culture (c. 3000 – 2000 BC).1 While the precise symbolism of the cong is not entirely clear, the fact that its form was incorporated by craftsmen in their design of pieces hundreds of years later highlights its importance. A comparable white miniature vase in porcelain, dated to the late 18th century is in the Meyintang Collection.2 A longquan ceramic vase of very similar form and design dated to the Song – Yuan dynasty, 12th -14th century, is in the collection of the Asian Art Museum of San Francisco.3