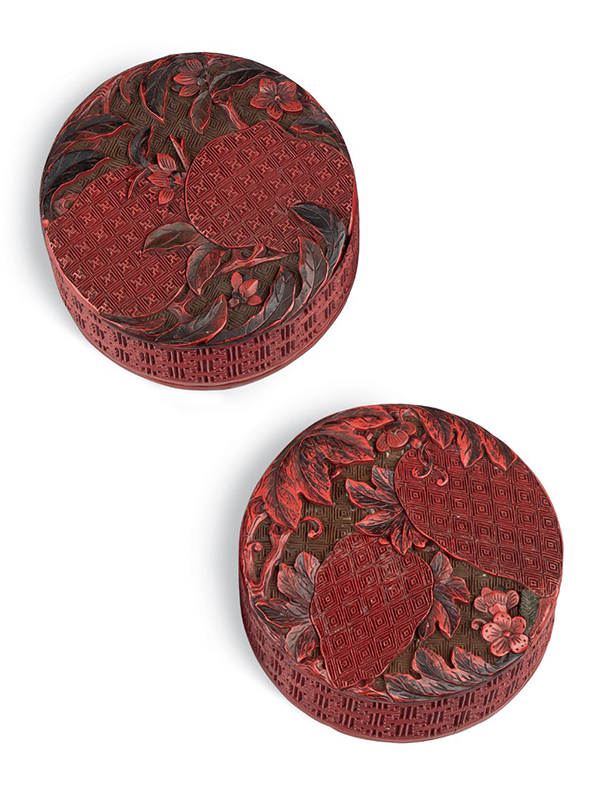 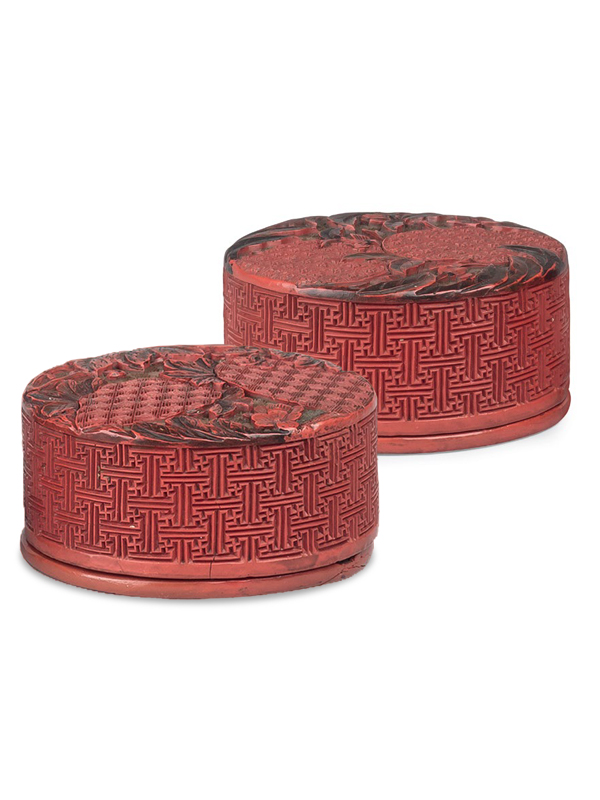 A pair of small lacquer boxes of circular form with straight sides and sleeve covers.  The slightly domed tops are carved through a layer of red lacquer to the ochre base underneath. One of the boxes is carved with a decoration of two large peaches on branches with flowers.  Both fruit are decorated with wan (one thousand) characters. The other box has a decoration of balsam pears, the two large fruit decorated with key-fret pattern.  The leaves on the covers have been picked out in green paint, of which there are extensive remains.  The sides are carved with an interlinked key fret design. Both the bases and the interiors are lacquered in black.

The decoration of pears on lacquer is very unusual. Terese Bartholomew states that the pear is a pun for “profit”1, whilst Wolfram Eberhard writes that the pear (li) is a symbol for “longevity”.2  As peaches are also a symbol of longevity, the latter meaning would make sense and these boxes can therefore be regarded as gifts implying a wish for a long life.