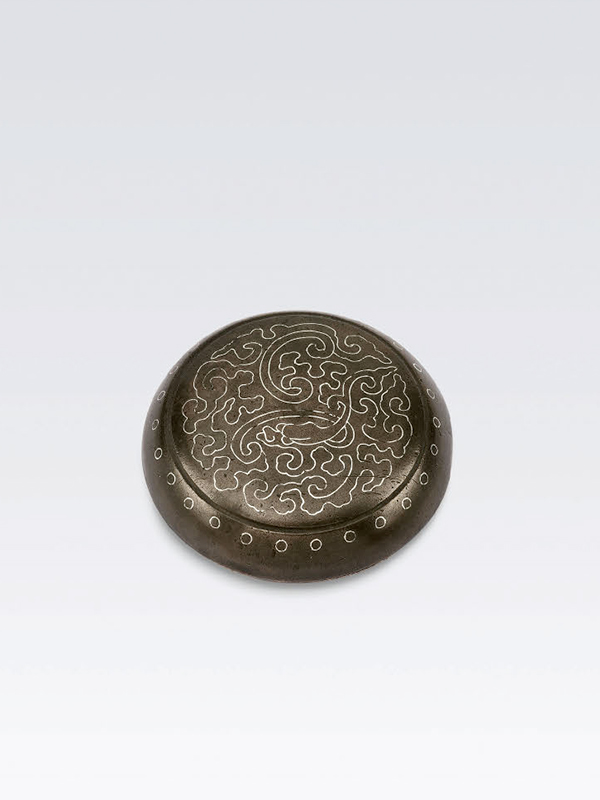 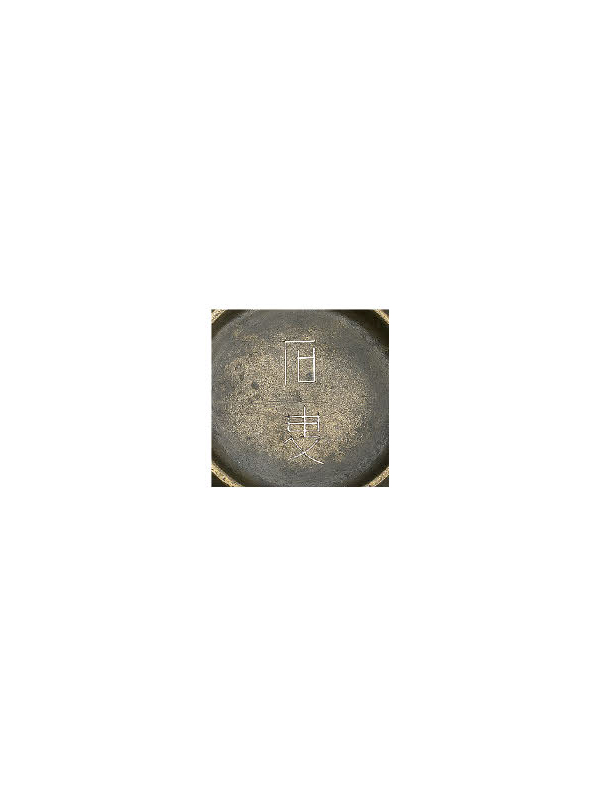 A bronze box of circular form supported on a short foot rim with very slightly domed cover and recessed base. The cover is inlaid in silver wire with a motif of a highly stylized chi dragon among clouds. The edge of the Iid is inlaid with small silver circles. The base is inlaid with a two-character signature in silver reading Shi sou.

The signature on the base of this box reads Shi sou, which can be found on a number of 17th century bronze wares inlaid in silver. Kerr notes that the precise identification of Shi sou is not entirely clear; it might refer to an individual artist who was prolific in making bronzes of this type during the 17th century, but equally it could be the name of a very large workshop or indeed a trademark, adopted by inspired entrepreneurs.1 A nearly identical circular bronze box with the same dragon motif but in this case mirrored, is in the collection of the Victoria and Albert Museum.2