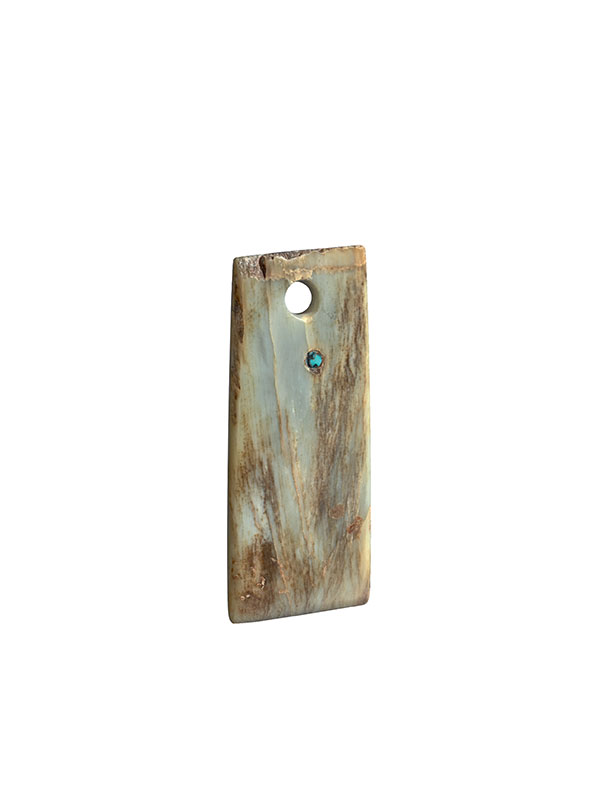 A jade ceremonial blade of tapered rectangular section. The broad, cutting end is rounded. The top has been drilled with two circular apertures. The top aperture shows it was drilled from both sides. The bottom aperture has a single turquoise bead inserted in it. The stone is of even, pale celadon tone with a multitude of russet striations.

This implement would have had a ceremonial function and was not meant to be used as a blade; blades made out of jade are not that strong. A comparable ‘handle­ shaped object’ in the Shandong Museum, dated to the Shang dynasty, has a turquoise bead inlaid (plate. 1). Turquoise was used widely as decorative inlay during the Shang dynasty. A dagger-axe with a jade blade and turquoise inlay on the handle, dated to the late Shang dynasty, is in the Sze Yuan Tang collection.[1] A comparable jade ceremonial blade, lacking the turquoise inlay, is in the Hotung collection at the British Museum.[2]