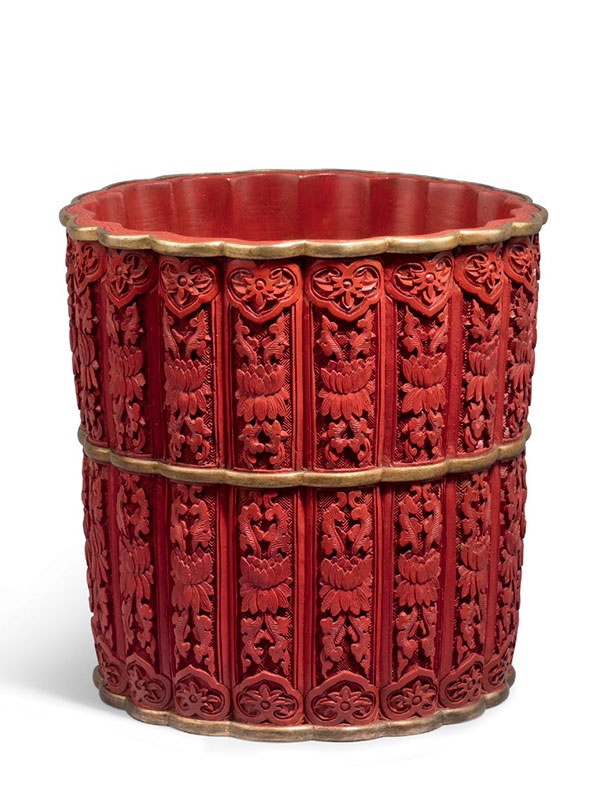 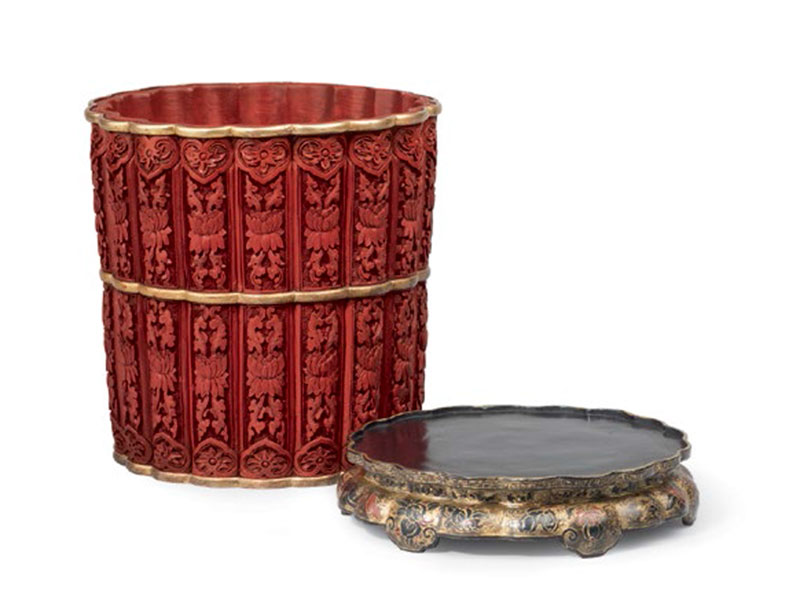 A lacquer flowerpot of lobed form, the slightly flared sides supported on a foliate wood stand in painted lacquer.  Each of the eighteen lobes is carved in bright red lacquer with stylised lotus flowers on a ground of geometric diapers, with ruyi cloud pattern above and below.  The flat rim is engraved with a continuous key-fret pattern.  The body of the pot is evenly divided into two sections by a horizontal beaded band in giltbronze.  This giltbronze band is repeated at the top and at the bottom of the pot. The interior and the base of the pot are lacquered in black. The foliate wood base is painted with melons, grapes and finger citrons in tendrils against a gilded ground.

The unusual lobed form of this cinnabar lacquer flowerpot resembles baskets composed of bamboo or wood panels, which are encircled and tightened by metal rings. Such imitations can also be found in cloisonné enamel 1 and porcelain pieces 2 in the Qing Court collections, showing the imperial taste for cross-material innovation. A red lacquer vase decorated with gold paint is still on display in the Palace of Concentrated Beauty, one of the six western palaces built in the Ming dynasty and later rebuilt in the 10th year of Guangxu (1884) for the 50th birthday of Empress Dowager Cixi.3  Two practically identical cinnabar lacquer vases are carved with very similar lotus flowers and also have giltbronze bands.  One is in the Qing Court collection at the National Palace Museum, Taipei, dated to the 18th – 19th century, and retains its original flower arrangement made of jade and precious gems (fig. 1).4 The other 18-lobed flowerpot dated to the mid-Qing dynasty is in the Chao collection.5 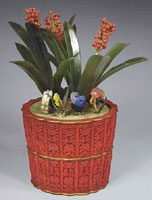