A pair of silver bottle vases 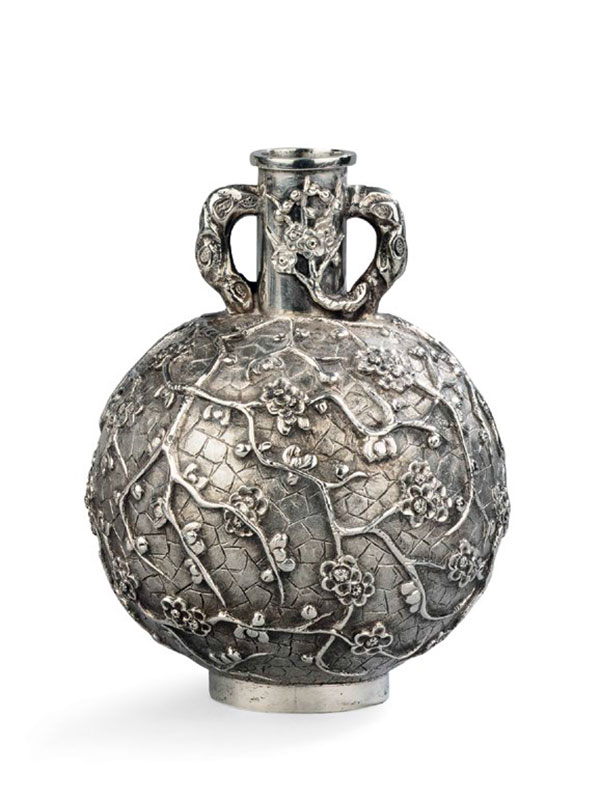 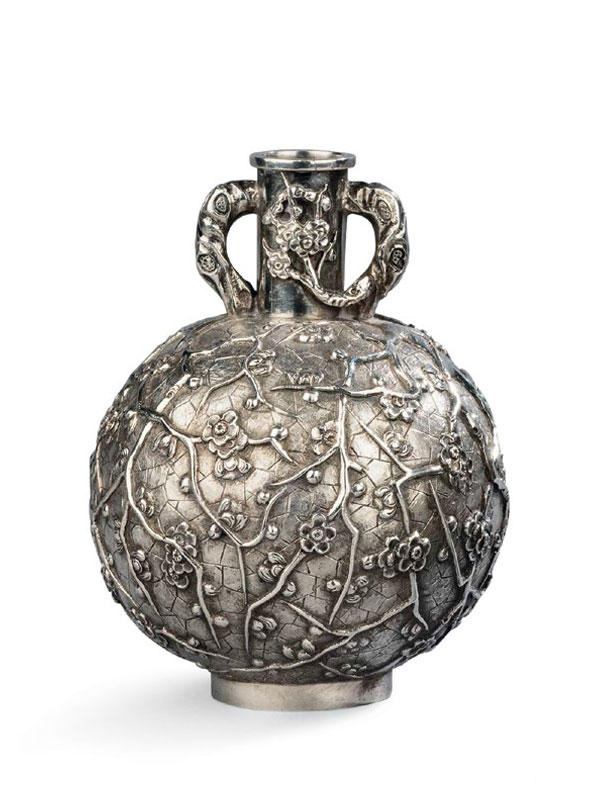 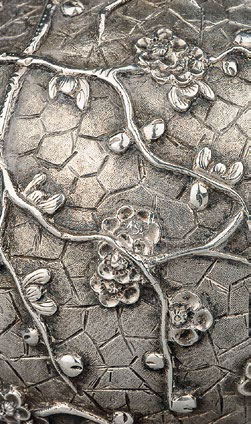 A pair of silver bottle vases, each with a globular body and straight neck, supported on a short foot.  Two loop handles protrude from the neck.  The body is decorated in repoussé with plum blossoms and buds on the branches against a ‘cracked-ice’ ground. The base bears three ideogramatic marks; these are from left to right: ‘90’, the silver purity mark meaning 90% and above; ‘WH’, the retailer’s initials for Wang Hing; ‘Bao Sheng’, the name of an individual silversmith or a workshop.

Wang Hing was probably the most prolific of all the Chinese retail silversmiths and his name became synonymous with Chinese export silver. Mainly active during the late 19th to early 20th century, a flagship shop was erected at 10 Queen’s Road, Hong Kong. From the quantity of its pieces that are known, and the quantity that bear the ideogram of individual silversmiths, it is apparent that the firm was chiefly a retailer.1 Some export silver pieces bearing ‘WH’ or ‘Wang Hing’ marks are in the Chait collection, including a repoussé circular box, which also bears the ‘Bao Sheng’ mark and is similarly decorated with prunus branches and flowers against a cracked-ice background.2 A pair of gourd-shaped silver vases in the Chan collection, closely comparable in size and decoration in repoussé with prunus against a ‘cracked-ice’ ground, is marked ‘HC’ for ‘Hung Chong’ and dated to the second half of the 19th century to the first quarter of the 20th century.3 Another comparable gourd-shaped silver vase marked ‘TC’ and ‘Kuan-Chi’ is in the collection of the Museum of the American China Trade, now the Peabody Essex Museum.4  A further comparable silver vase of similar globular form of body and with a straight neck, marked with ‘HC’, is in Barton Stone’s collection.5