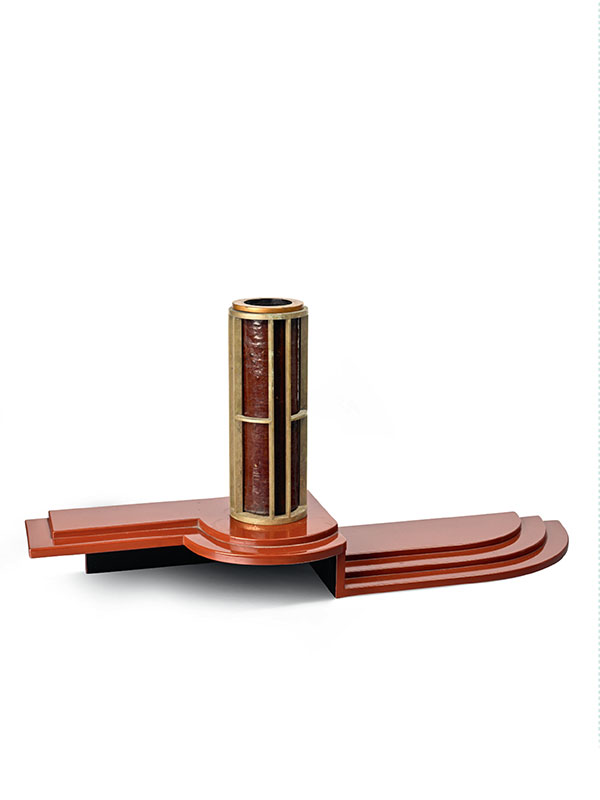 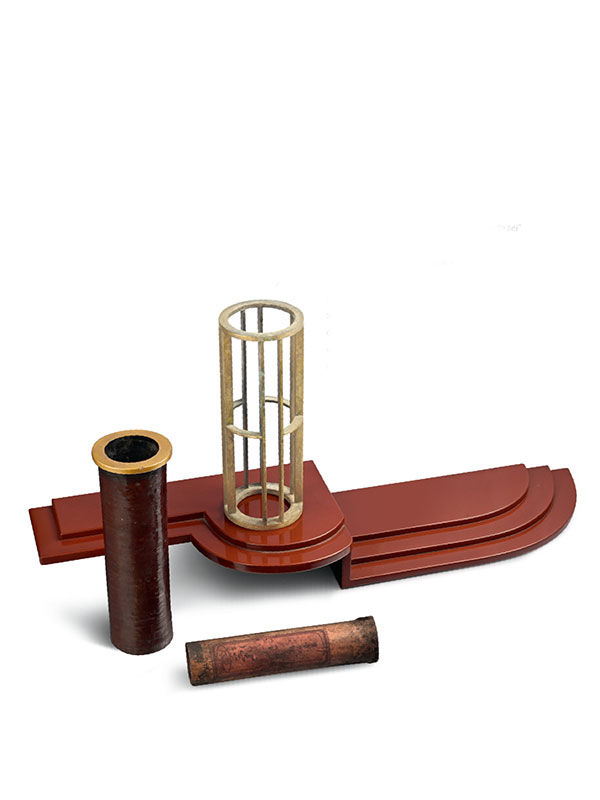 An unusual flower vase, composed of a lacquered, metal-mounted bamboo holder inside an openwork metal structure, and supported on a D-shaped lacquer plateau of different heights, which is composed of three-tiered steps on the right and two tiers on the left. The wood surface of the stand is covered in a thick layer of maroon lacquer, the underside is lacquered black. The lacquer holder has a loose bamboo liner. The flower vase and stand are contained within the original tomobako, the top of which is inscribed Hanasashi to dai (Flower vessel with base). The back of the tomobako states the name of the artist: Morita Seinosuke saku (made by Morita Seinosuke).

The accompanying leaflet states that this intriguing piece was bought from the lkoma Trading Company, founded in 1866. It changed its name to the “lkoma Tokei-ten” in 1954, so it is likely that Morita Seinosuke was active in the 1950s. The unusual lacquer stand that supports this vase has two ‘wing ‘ shapes, placing it firmly in the Art Deco period (1920s-30s). Many Japanese artists took part in exhibitions in Europe at the time and it is certainly possible that Seisonuke was exposed to this style. The bamboo liner has a label pasted on the side that says “Baiko, kiku no hana, Kyukyodo sei” (smoked incense, “Chrysanthemum Flower”, made by Kyukyodo. The Kyukyodo is a premier retail store founded in 1886 in Osaka City and known for its fine stationery, incense and calligraphic implements. The studio name Kyukyodo literally means “Studio where doves live”. It is possible that a bundle of incense sticks whose fragrance was named “Chrysanthemum flower” was stored in this bamboo vase.