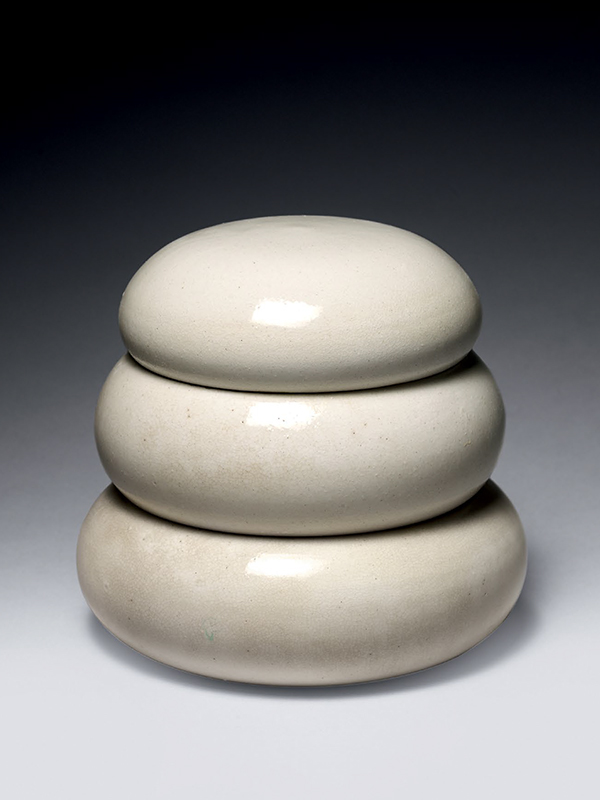 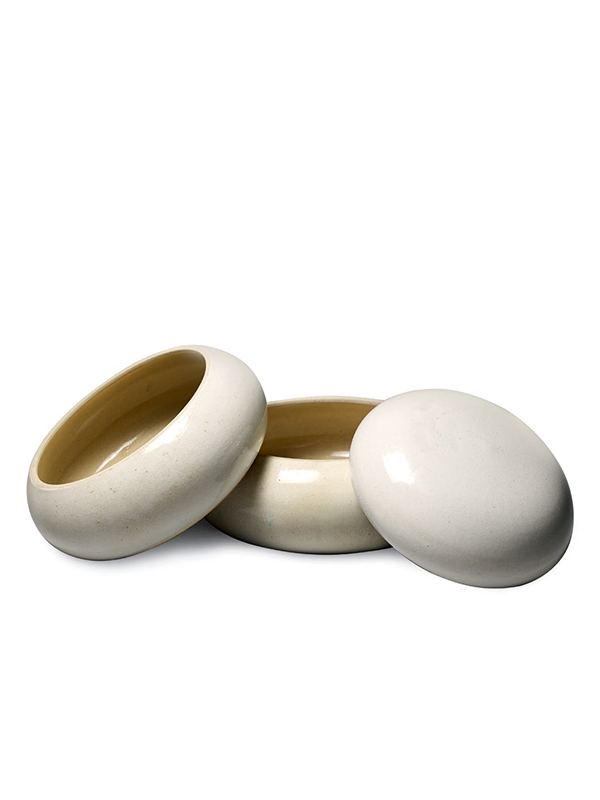 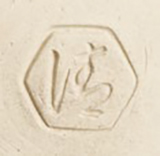 A glazed porcelain triple box of circular form. The box is completely covered in an ivory-coloured glaze.  The interior has a slightly more yellow glaze. The inside of the lid signed by the artist: Kiyo. The porcelain box has its original box, tomobako, inscribed on the exterior of the lid.

Kiyomizu Rokubei V (1875–1959) was the head of the Kyoto-based Kiyomizu family of ceramists. With over 240 years of history, the studio is still active and is currently led by the eighth generation Kiyomizu Rokubei. The family were influential in the development and survival of Kyo-yaki or Kyoto ware. Today wares from Kyoto are called Kiyomizu- yaki instead of Kyo-yaki because of their contribution in history to Kyoto ware.  Kiyomizu Rokubei V studied painting under Shijō master Kōno Bairei, and at the Kyoto Municipal School of Painting. After graduating, he apprenticed with his father, Rokubei IV. Following Bairei’s death in 1895, he also studied with Takeuchi Seihō. In 1895, he exhibited his first ceramic piece at the National Industrial Exposition. Stylistically, Rokubei V was open to various influences. He took inspiration from Chinese porcelain, the Rimpa school of painting, Art Nouveau and Maiolica. In 1928 he changed the family surname to Kiyomizu and applied it retrospectively to previous generations. In 1945 he retired and took the name Rokuwa. He continued, nonetheless, to produce ceramics throughout the 1950s. Throughout his career, Rokubei V was highly active in art associations. He was a co-founder of the Yutōen study group, the Ceramics Studies Association, the Kyoto Ceramics Research Facility, the Japan Crafts Association, and the Gojōkai. He was also awarded numerous prizes from the mid-1910s, including at the National Fine Art Exhibition and the annual Nōshōmushō Exhibition. In 1930 he was made a member of the Imperial Art Academy and in 1931 he received a medal from the French president.