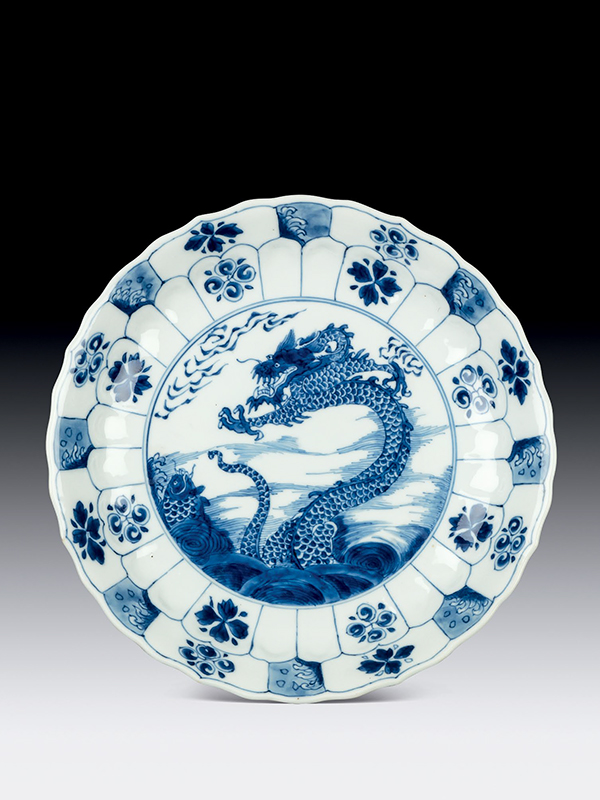 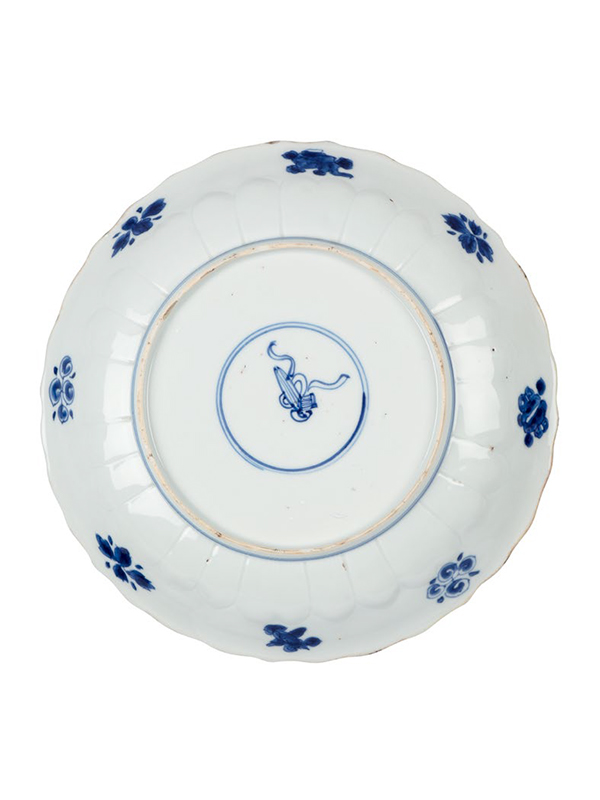 Porcelain dish with a dragon

A porcelain dish of circular form, the rim upturned. The inside centre is painted in strong cobalt blue with a vigorous four-clawed dragon, contained within a double circle and confronting a carp that leaps from the waves beneath him. The horned animal is depicted with mouth wide open, bearing its teeth and has a scaly body.  The broad rim is moulded with a chrysanthemum pattern on the outside and is painted with scattered flower heads and waves.  The flower head pattern is repeated on the outside rim. The centre back is painted with a beribboned precious object, contained within a double circle.

The pattern of dragons on blue and white dishes dates back to the Ming dynasty; see for instance a number of examples in the collection of the Asian Art Museum of San Francisco.1  A late 17th century bowl with a striding, bifid dragon is in the Meiyintang collection.2   The same collection also has a Yongzheng (1723 – 1735) mark and period dish, painted with a confronting, winged dragon.3 A very similar, slightly larger blue and white four-clawed dragon dish from the collection of Samuel Putnam Avery Sr. (1822 – 1904), housed in the Metropolitan Museum of Art in New York, was accessioned in 1879, was deaccessioned in 2016.4  A very similar dragon in coloured enamels can be seen on the inside of a porcelain bowl with a Qianlong mark that was exhibited in Hamburg in 2000.5  A carp (Liyu) transforming into a dragon (long) signifies the wish “May you pass the civil service examination and become a high official”.6