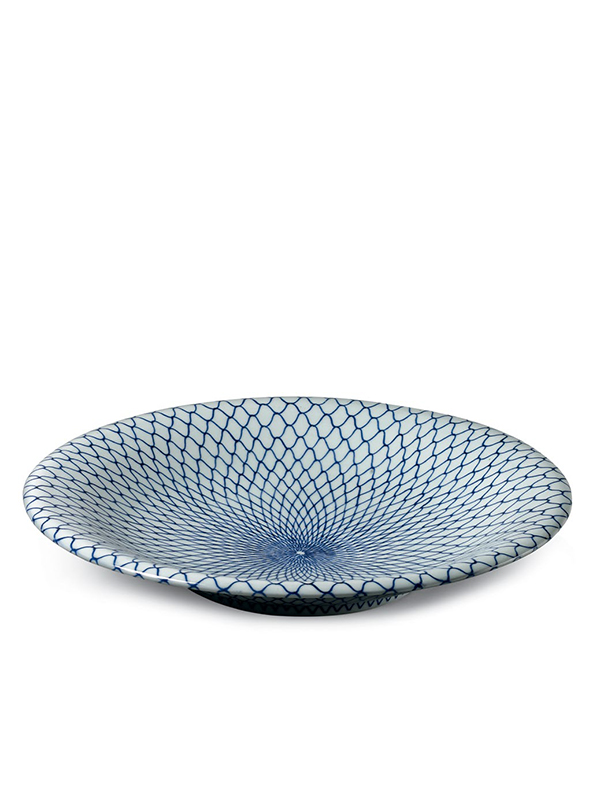 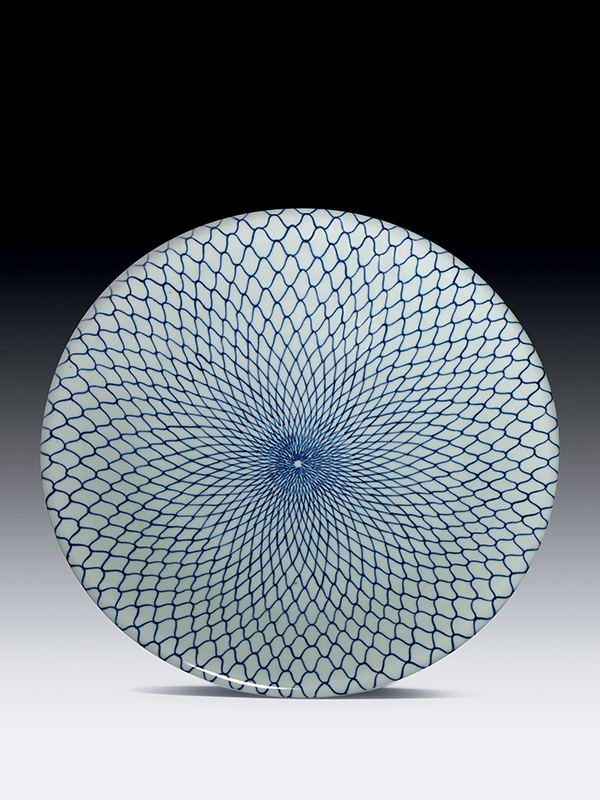 A large circular porcelain dish, supported on a short foot and with widely everted rim. The exterior is decorated with a densely painted net pattern in cobalt blue on a white ground. The dish is marked on the base: Da Qing “Great Qing Dynasty”. The dish has its original wood box, tomobako, inscribed: Hizen Hirado-yaki, amigata aoe, ozara-bachi, ichimai, Tempo go, kinoe-uma nen, shichigatsu juroku-nichi, Hizen, nijuyokka, Higashigawa Gema ke (Hirado ware, Hizen province, a large dish, one item, decorated with a pattern of fishing nets in blue, the Tempo 5th year (1834), the year of kanoe-uma, 16th day of the 7th month, The Shimotsuma Family, a supporter of the Higashi-Honganji Temple).

The fact that this dish is inscribed Da Qing “Great Qing Dynasty” signifies that the makers wanted people to believe that it was made by Chinese potters, where it is, in fact, Japanese Hirado ware. Hirado ware (hirado-yaki) is a type of Japanese porcelain mostly made at kilns at Mikawachi, Sasebo, Nagasaki, and it is therefore also classified as Mikawachi ware (Mikawachi-yaki). It is known mainly for its sometsuke underglaze cobalt blue and white porcelain, with the amount of blue often low, showing off the detailed modelling and the very fine white colour of the porcelain.  It developed supplying the domestic Japanese market in the 18th century, in the gap between the two main periods of Japanese export porcelain, and produced much of the best Japanese porcelain of the late 18th century and early 19th century.