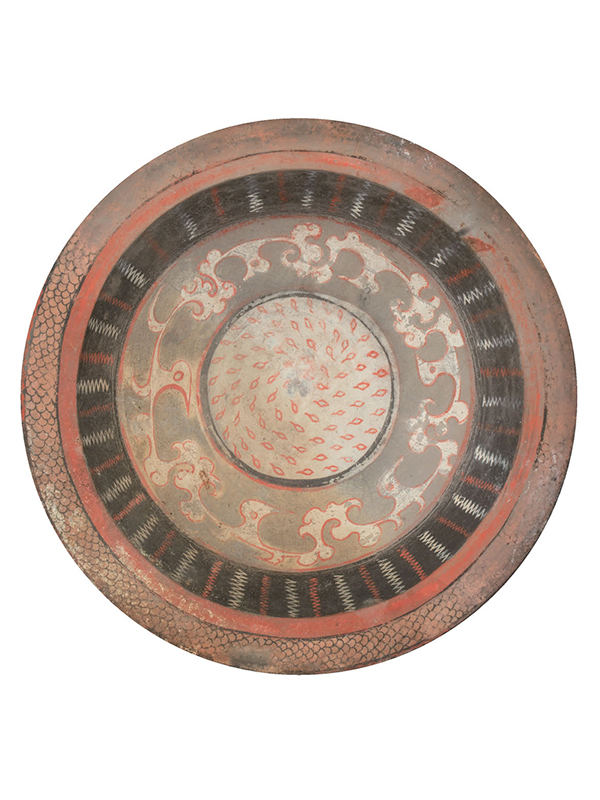 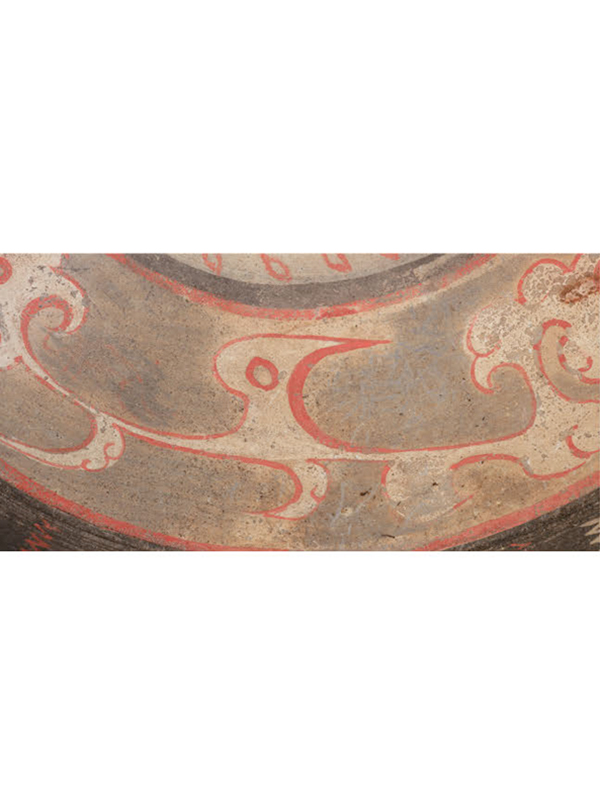 A large grey pottery basin, the shallow bowl rising gently from a circular foot ring and with a second tier sharply angled upwards to the broad, flat rim. The basin is painted in bright white and red pigments; the central reserve has a decoration of stylised fish-like creatures, surrounded by a band of archaistic cloud-scroll pattern (yun wen). The well of the basin is painted with a band of vertical zigzag pattern in alternating white and red pigments, and the flat rim is painted with a band of fish-scale pattern.

Whilst the shape of this basin is obviously based on a metal prototype, the decoration is perhaps more akin to that seen on contemporary lacquer objects.1 The cloud-scroll motifs on painted pottery of this period reflect the Daoist philosophical mood of the time, where the pursuit of immortality and the continuation of the soul in heavenly dimensions played an important role. It is clear that in ancient China, and especially during the Han reign, a poetic and even religious affiliation was made between the natural elements and the unseen worlds. Immortality was a daily occupation and needed to be addressed accordingly. The cloud-scroll decoration is connected with this belief system. A large grey pottery basin, painted with a decoration of fish and scrollwork in red, black and white was among the sumptuous furnishings of the late 2nd century BC Princess Dou Wan, excavated in 1968 at Mancheng in Hebei province.2