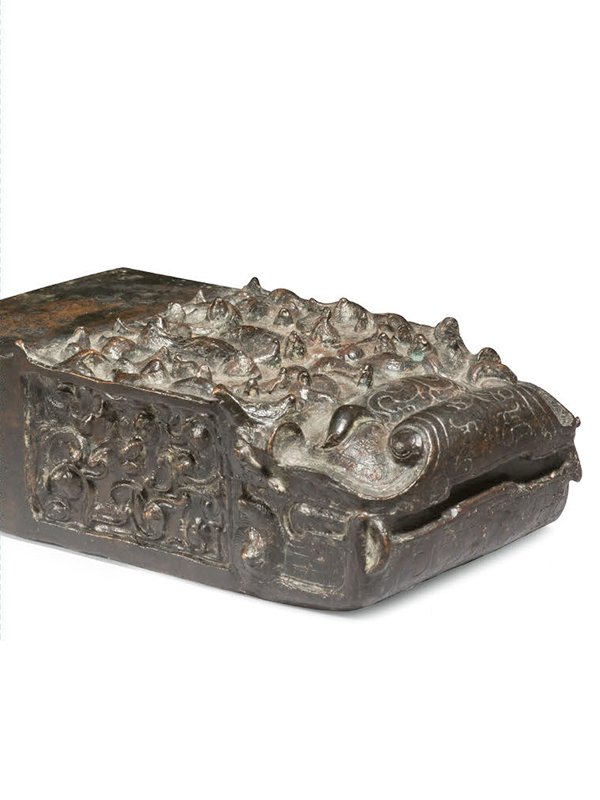 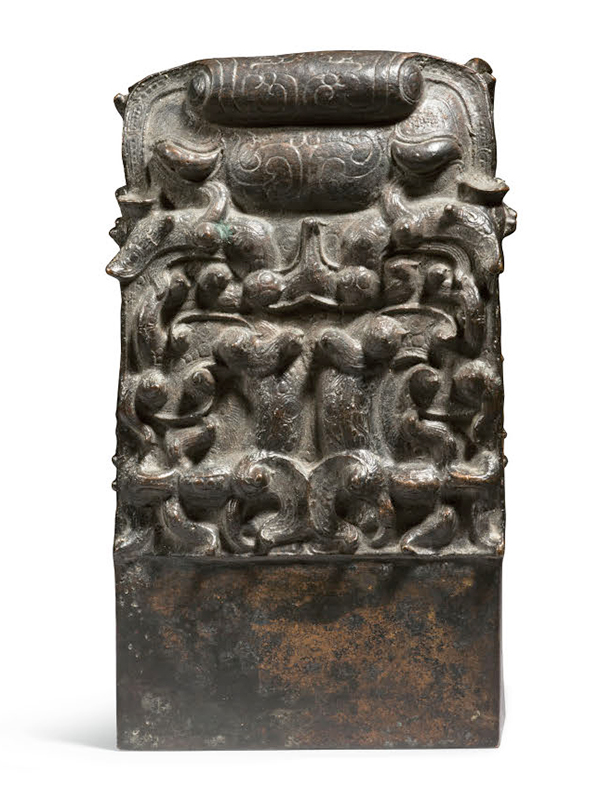 Bronze mount in the form of a dragon

A bronze mount, modelled as the stylised head of a dragon with upturned nose and exposed fangs. The low relief decoration on the top and sides consists of a finely interlaced pattern of serpent-like creatures. The individual elements of the decoration are further embellished by engraving. The mount is open and undecorated at the back, where it was probably fitted to a wooden frame.

In 1978 a tomb of great wealth and complexity was discovered at Leigudun, in Sui county, Hubei province. The tomb is ascribed to as the burial of Marquis Yi of Zeng, who was interred about 443 BC. A set of stone chimes, supported on bronze animals was included among a total of 125 musical instruments, all of which show the great craftsmanship and artistry which was typical of the period.1 The state of Zeng was one of the smaller northern states, and although proclaimed to have been sovereign, it fell under the larger state-rule of Chu. The state of Chu was one of the dominant powers throughout the Eastern Zhou period.2 Chu state bronzes are renowned for their extremely detailed and finely cast designs, which often include serpent-like creatures, with which the Chu seem to have been particularly fascinated. Musical instruments were almost always part of a royal or noble household.