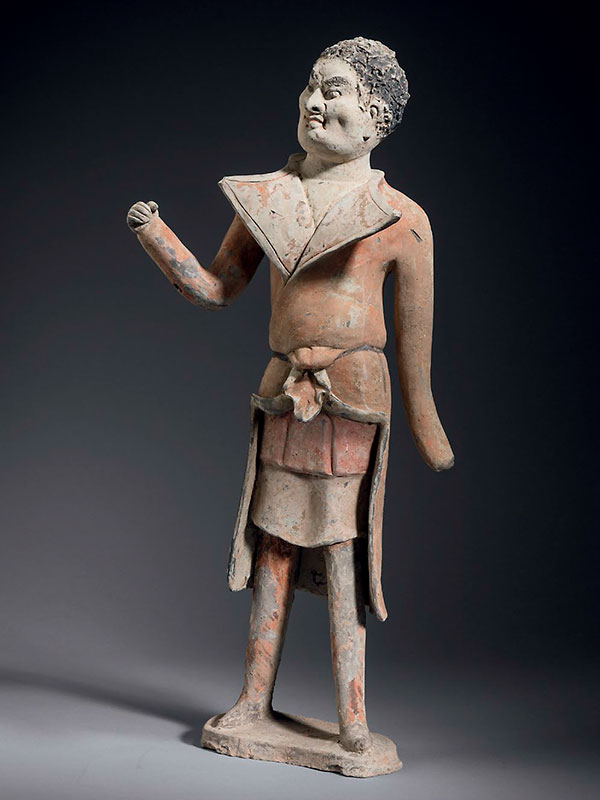 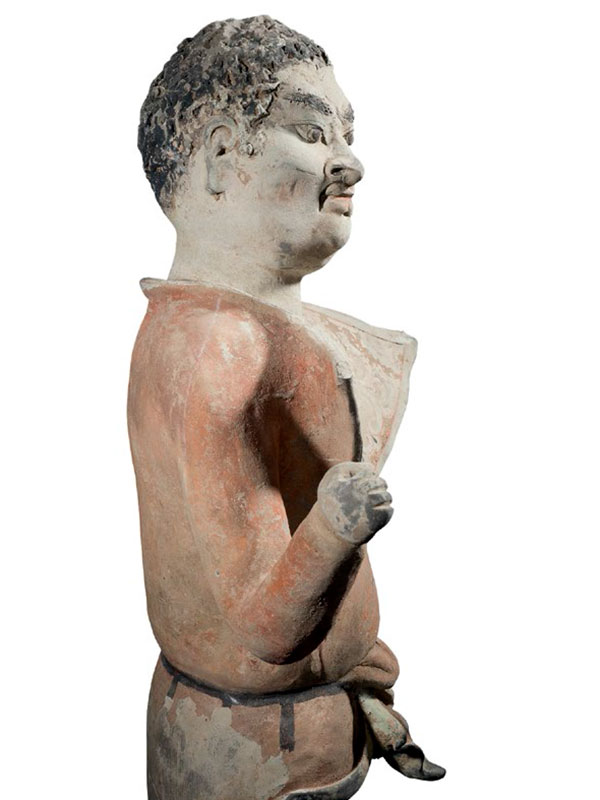 A pottery model of a foreign male groom, standing tall and slightly raising his head towards his right. His upper torso is tilted at a slight angle with the left shoulder dropped and his left arm extended downwards. His right arm half-raised with the elbow bent, and the right hand is clenched in a fist, as if grasping something. The figure is dressed in long and narrow sleeved robes. The knee-length belted outer robe is knotted in the middle and painted overall in a brick red pigment. The extravagant turned-down collar reveals scroll patterns inside. His full and strongly defined facial features and short curly hair indicate that he is of non-Chinese extraction. His thick arched eyebrows, bulging eyes, large and prominent nose and fleshy lips define his animated facial expression. There are some remains of coloured pigments on the surface of the pottery.

The animated stance and the expressive hand gestures of this fine pottery figure suggest that he is a groom who originally held the reigns of a pottery horse or camel. His prominent facial features and foreign dress suggest that he is of Central Asian extraction. It beautifully reflects the fascination Tang dynasty potters had with the many foreigners who visited China at the time. The Tang era can be considered a golden age in the annals of Chinese history, when thousands of foreign merchants and artisans lived in Changan and other large cities of the empire. Similar figures are often found in the water regions where camel and horse teams came and went often. Such pottery figures leading horses or camels offer a portrait of life during this period. Two pottery figures of bearded grooms comparable in their gestures and in their costumes are respectively in the collection of the Palace Museum, Beijing 1 and the Muwen Tang collection.2