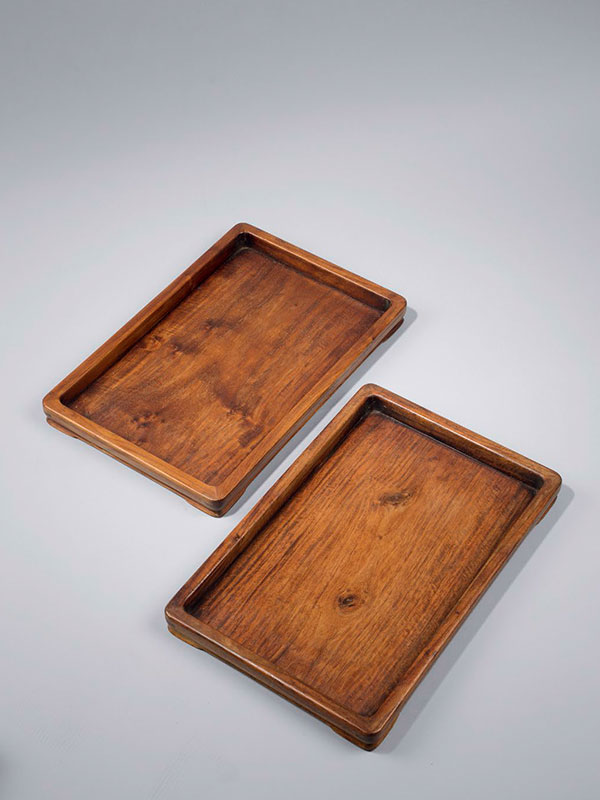 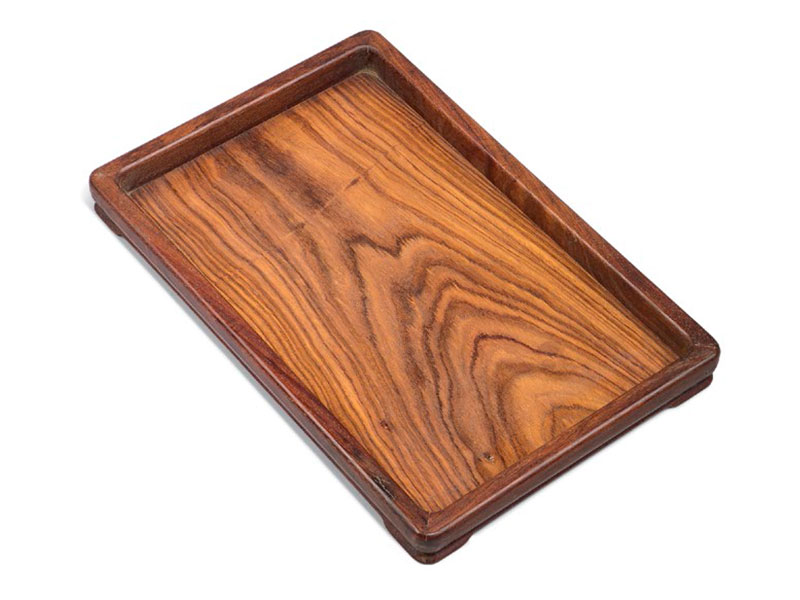 Three huanghuali rectangular trays, each made of four lengths of wood joined together by a thick panel. Each tray is supported on a low, splayed footrim, which forms in bracket shapes around the corners of the base. The round corners show the dovetail joints. Each tray is completely plain, showing the strongly-figured grain of the wood.

Beautifully grained huanghuali wood is highly appreciated for its richly variegated orange and brown colouring. The elegance of undecorated wood, particularly the range of hardwoods most favoured by the Chinese, is well demonstrated here. Such small-sized trays might have once been used as a stationery tray, or as an incense tray (xian pan), which would normally hold incense utensils for ceremonial processions. A lobed tray similarly made of huanghuali wood, dated to the late 16th to early 17th century, is in the Dr. S. Y. Yip collection.1 Two comparable hardwood trays made of jichimu are illustrated in Wood from the Scholar’s Table: one is of lobed form and dated to the early 19th century; the other is of oval form and dated to the 18th century.2 An oval huanghuali incense tray, used together with wood incense utensils, was formerly in the Jiansong Ge collection.3