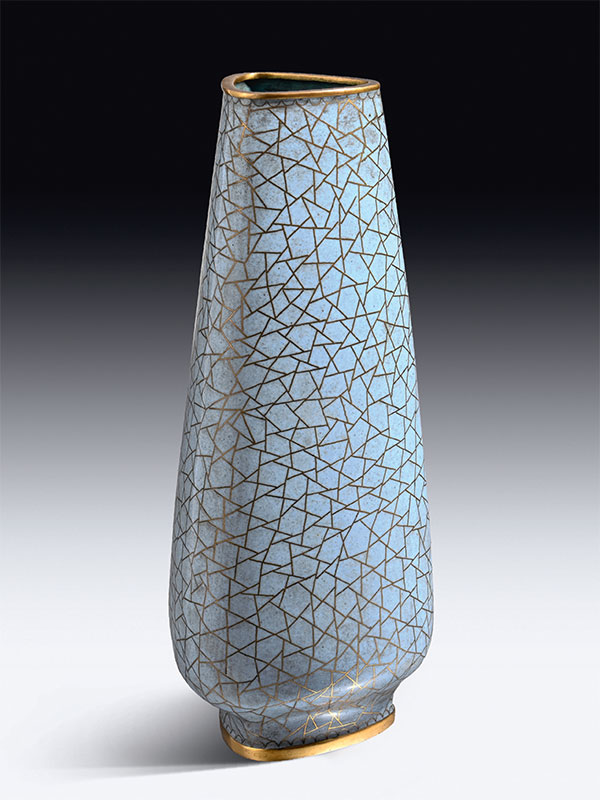 A cloisonné enamel vase of triangular shape, supported on a low foot, the straight sides tapering upwards towards the everted rim. The copper sides are covered in a ‘cracked ice’ pattern in gilded wires on a ground of white enamel. The inside and the base are covered in turquoise blue enamel. The rims at the top and at the bottom are covered in plain gilt bands.

The “cracked ice” pattern that adorns the sides of this vase, is originally seen mostly in Chinese art. It was later adopted by Japanese craftsmen and represents the end of winter and the beginning of spring, symbolising new life.