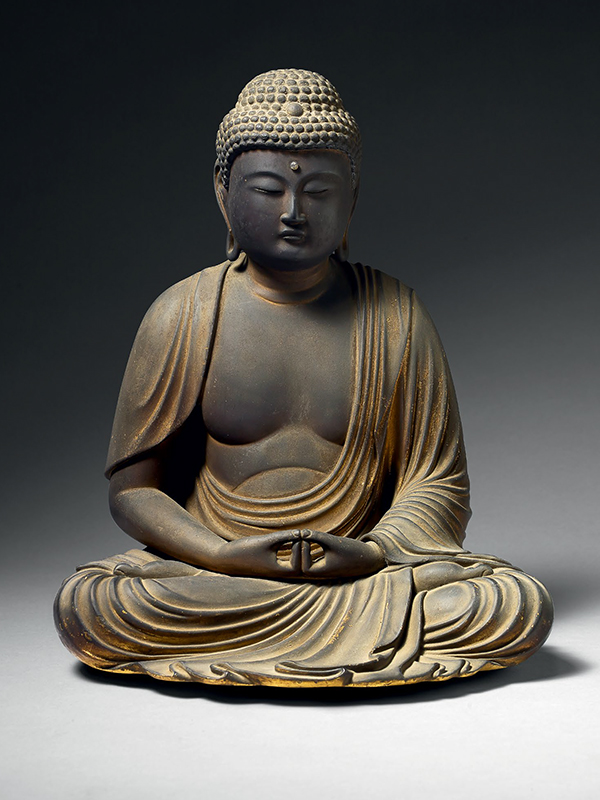 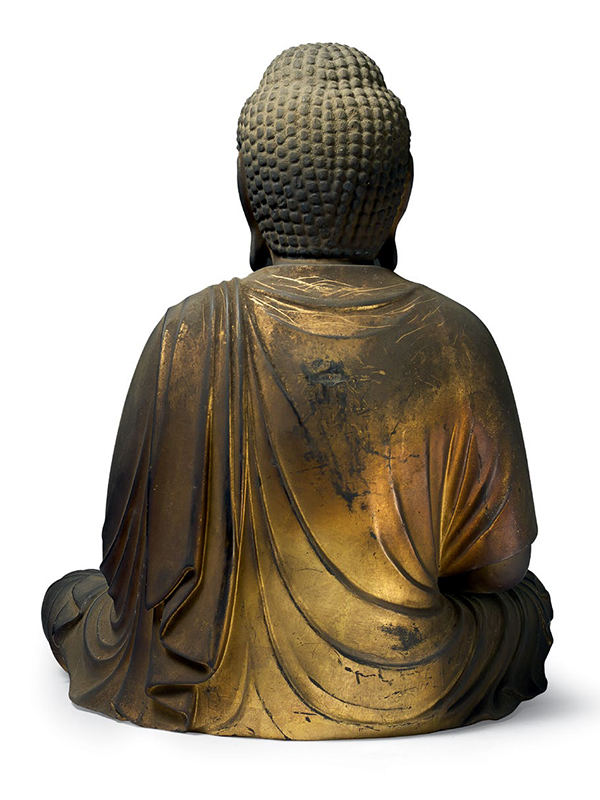 A wood figure of the Buddha, seated with his legs crossed in the lotus position and his feet upturned. His draped robes are loosely fitted, leaving his chest and feet exposed. The Buddha’s hands are resting in his lap, forming a variant of the gesture of the welcoming mudra, raigo-in (vitarka). His eyes are closed, the expression on his face is of quiet contemplation. The elongated earlobes are pierced and unadorned. Stylised curls cover his head and gather in a shallow topknot, nikkei (ushnisha). A round, clear jewel appears in the middle of his forehead. The Buddha has acquired a fine black patina, with ample areas of the original gilding showing through, particularly on the robes.

This beautiful, serene wood figure can be identified as Amida Nyorai (Amitabha), the Buddha of Light, who welcomed souls to the Western Paradise, or Pure Land.  His hands are in the raigo-in gesture, a version of the vitarka mudra, known as the welcoming mudra. His hands are held in a gesture of welcome to his devotees into the afterlife and into the Pure Land, Jodo. There are nine different levels in Amida’s Pure Land and faithful followers are reborn into one of them. These levels can be represented by nine different mudras. The hand gesture of this Buddha sculpture is the upper birth mudra, which is the highest level. A Heian period (12th century) predecessor of this Buddha is preserved in the Avery Brundage collection at the Asian Art Museum in San Francisco.1