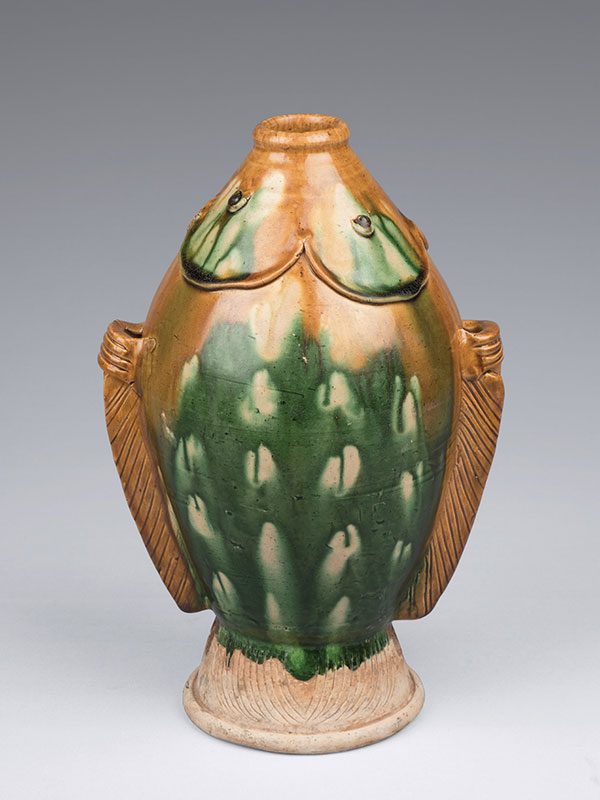 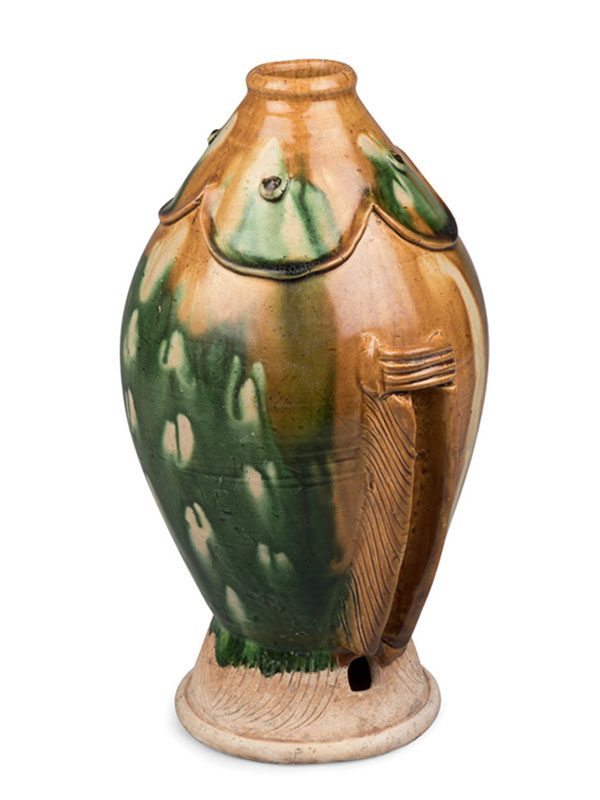 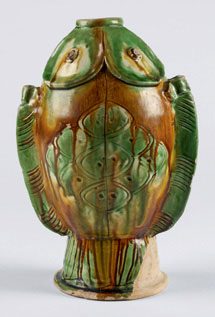 A sancai pottery bottle in the shape of two conjoined fish standing upright, forming an ovoid body supported by a tall splayed foot and terminating in a lipped rim. The spreading foot, which forms the tail of the fish, is incised with oblique lines. The two fishes’ heads form the mouth of the bottle, with the gills and large round eyes clearly indicated. A vertical dorsal fin is applied to either side of the shoulder. The bottle is covered in green, amber and white splashed glazes, leaving the foot unglazed and revealing the original buff colour of the pottery body.

This highly unusual pottery bottle of twin-fish form may have been used as a wine vessel during the Tang dynasty, as mentioned in a poem written by a poet Bai Juyi (772 – 846).[1]   The two hollow dorsal fins allow a string to go through and enable the bottle to be carried. The fish is a pun for ‘abundance’, ‘surplus’ or ‘plenty’.[2] This type of twin-fish pottery bottle can be found in Tang ceramics in the typical bronze glaze of the Changsha kiln and a white glaze of the Xing kiln. However, to our knowledge, there are only four closely comparable examples known covered in a sancai glaze. Two of these are in Chinese museums: one was found at the site of the Tang city of Yangzhou in Jiangsu province in 1975 and is now in the Nanjing Museum; the other together with a small stopper, was excavated at Qingzhou in Shandong province in 1953 and is now in the Shandong Provincial Museum.[3] Two further comparable examples are in the collection of the Victoria & Albert Museum (fig. 1)[4] and in the Meiyintang collection.[5]