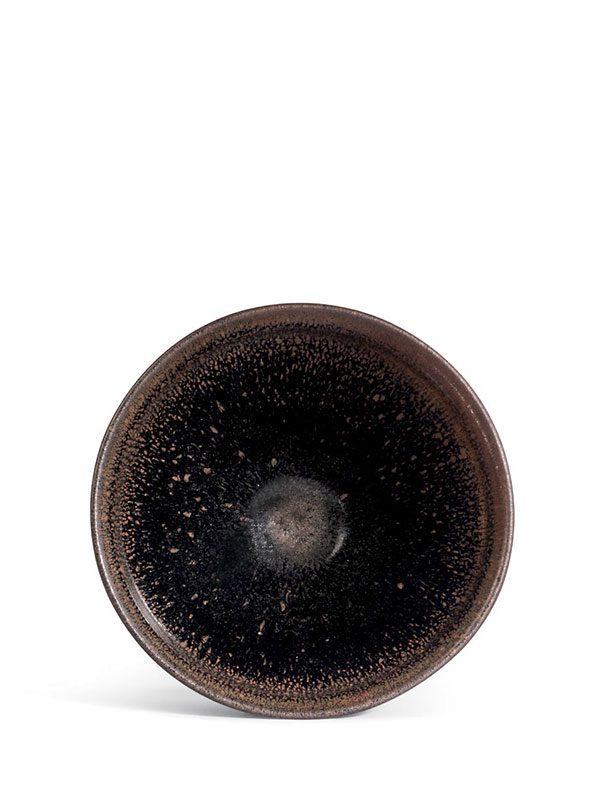 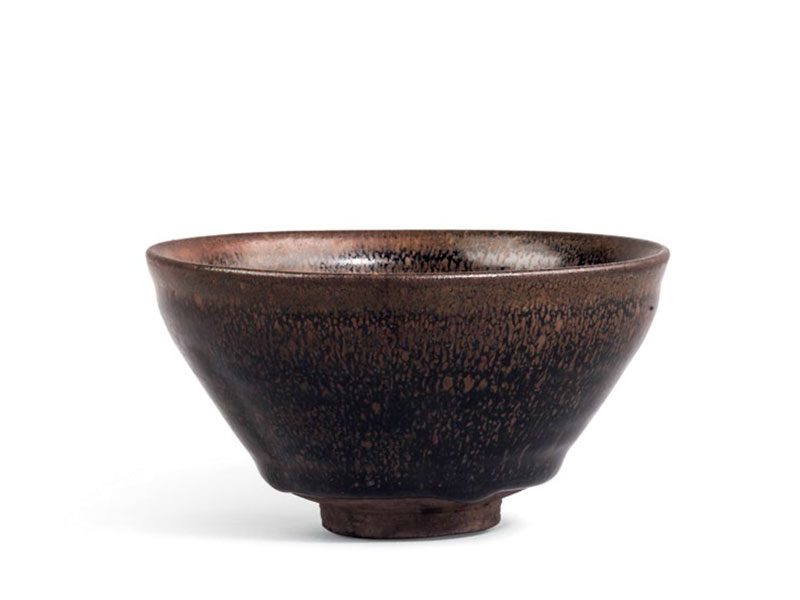 A stoneware bowl, the steeply sloping sides rising from a short foot and curving inwards slightly at the channelled rim. The bowl is covered in several layers of black and dark brown glaze. A glossy, lustrous black glaze covers the interior of the bowl and extends over the rim, stopping in an uneven line just short of the foot. A pattern of russet ‘hare’s fur’ streaks extend from the rim towards the interior and exterior of the bowl. The unglazed part of the bowl shows the dense, fine-grained purple-coloured stoneware body.

The shape, dark stoneware body and black glaze with the typical ‘hare’s fur’ markings identify this bowl as a product of the jian kiln in northern Fujian province. By the Song dynasty, their period of greatest achievement, the kilns had come to specialise in the production of dark-glazed wares, to the exclusion of all others. The recorded comments of Northern Song connoisseurs indicate that tea bowls were designed as much to showcase the frothy, milky white tea as to facilitate its preparation. The black-glazed tea bowl hence became popular for making a visual contrast to the whipped, white-coloured tea. A closely comparable black-glazed tea bowl of similar size, shape and design of dark brown ‘hare’s-fur’ markings, dated to the Song dynasty, 12th century, is in the collection of the Arthur M. Sackler Museum, Harvard University Art Museums. [1] Further comparable examples are in the Shatzman collection at the Ackland Art Museum, the University of North Carolina at Chapel Hill. [2]