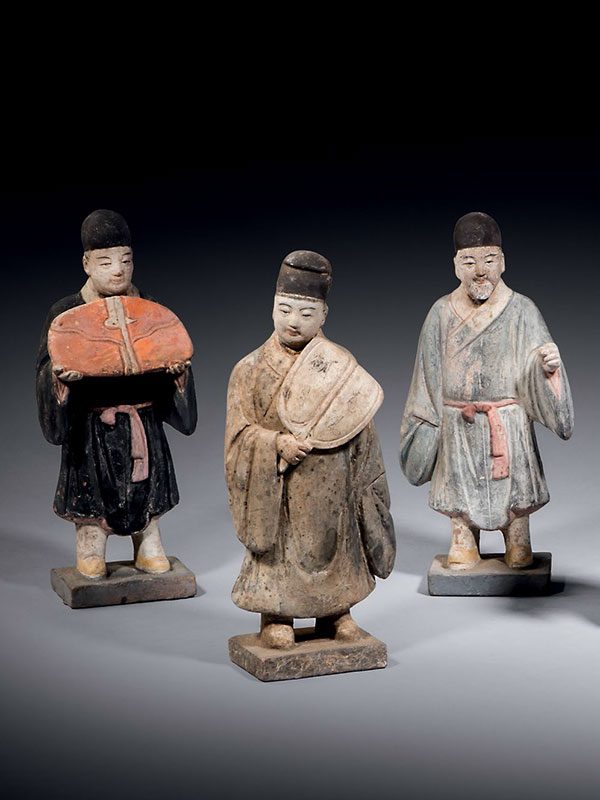 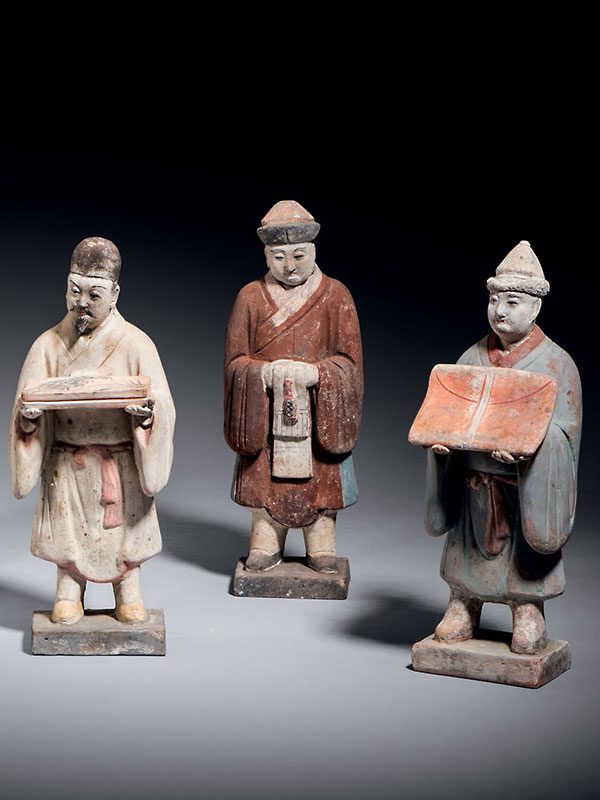 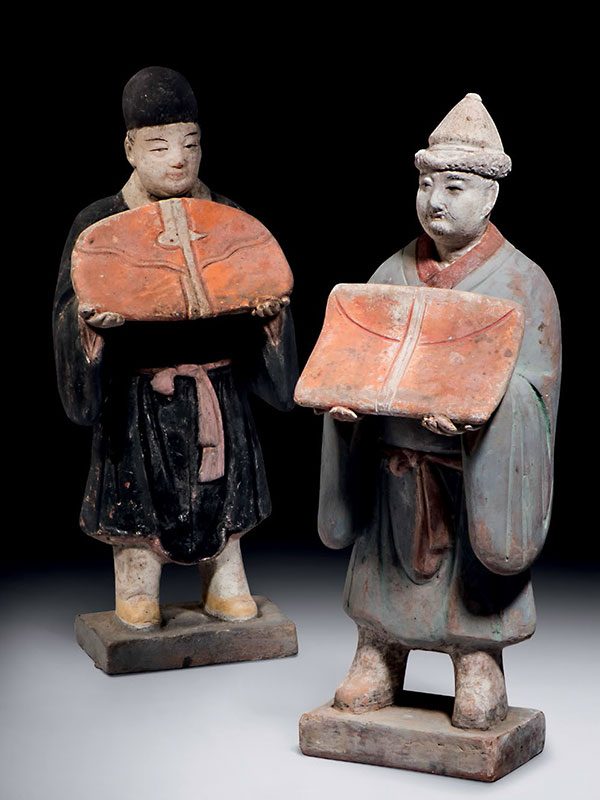 A group of six unglazed pottery male figures, each standing with their feet apart on a rectangular plinth. Each figure is dressed in a long robe with wide sleeves, the robe either loosely draped or tied around the waist with a red cloth. One figure, dressed in a loose robe, holds a large fan in his right hand in front of his chest. The back of the fan is inscribed with four Chinese characters Qin Feng Guan Yue (meaning ‘light wind, appreciating the moon’). The other five figures, who have red-cloth sashes tied around their waists, are respectively holding a large oval purse, a rectangular stationery box, a long cloth with a tassel, and a large rectangular envelope. Each figure is vividly depicted with different facial expressions and features, some have beards and some are without, showing they are of different ages. The robes are all painted in different colours, including black, olive-green, sky-blue, creamy white, brick-red and greyish-blue. The pigments are well preserved.

The Ming dynasty was an ethnic Chinese dynasty, and during this period the large-scale use of tomb figures as burial goods came back into fashion. In some cases there are strictly arranged large groups of figures, which carefully depict the residence and fittings of the deceased’s home and life-style. The present examples show realistic depictions as if from actually models. The figure holding a fan, differently dressed compared to the others, probably represents a literatus who is in charge of those attendants carrying his stationery and scholar’s utensils. A number of comparable Ming dynasty pottery figurines, excavated from tombs in Chang’an county, Xian city, are in the collection of the Shaanxi History Museum: a set of guardian men and women were excavated from a tomb at Jianwangjing (fig. 1). [1] Some were excavated from the tomb of Zhu Gongdu, a general of the Ming dynasty. [2] A further comparable figure of a state official wearing a black hat and holding a rectangular box in his hands, dated to the 17th century, is in the collection of the Victoria and Albert Museum. [3]