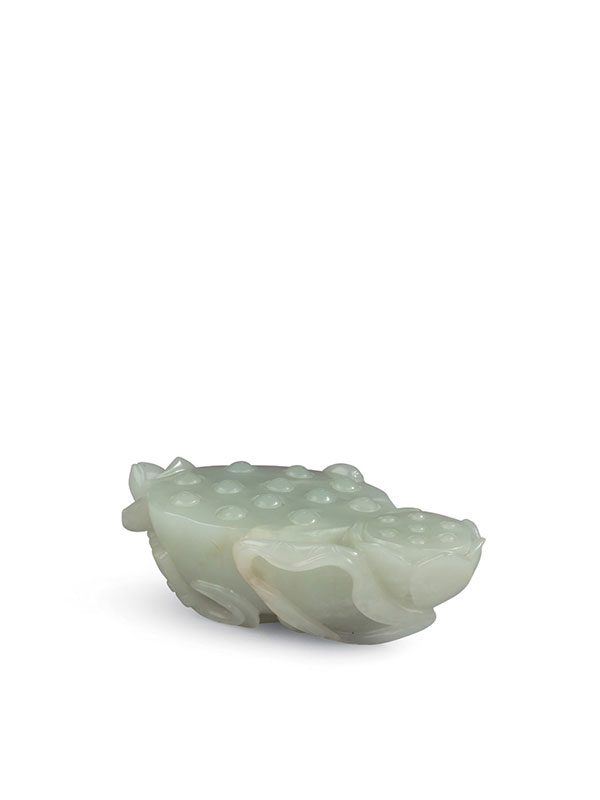 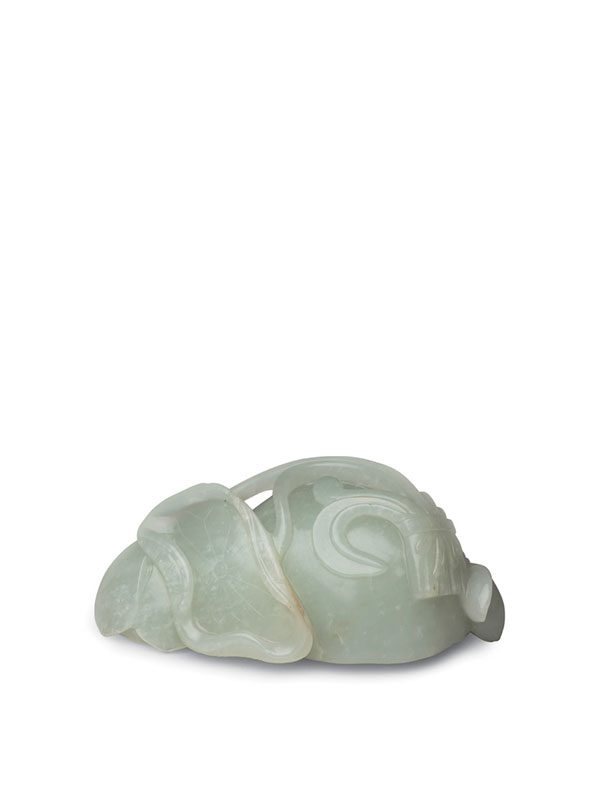 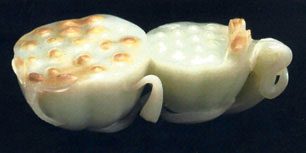 A jade group carved as two lotus seedpods supported by their stems. The lotus seedpods, one large and one small, are realistically carved in relief with protruding lotus seeds on the surfaces. The stems underneath extend towards the sides of the seedpods and terminate into small lotus leaves. The jade is well polished and of even, very pale green colour.

This jade sculpture of two lotus seedpods conveys a wish for the recipient to bear many sons. The lotus is a popular subject in Chinese art. It is one of the few flowers whose seedpod appears as soon as the flower blooms. To the Chinese, this augurs the early arrival of offspring, and the lotus thus became the flower associated with weddings and childbirth. The mature seedpod holds many lotus seeds and is looked upon as the symbol of fecundity.[1] A closely comparable example, slightly larger in size and similarly carved as two lotus seedpods in the round, dated to the Qing dynasty, early 20th century, is in the collection of the Asian Art Museum of San Francisco (fig. 1).[2] Comparable Qing dynasty examples of a single lotus pod are more commonly found, such as one in the collection of the Jiangshan Museum[3] and the other in the Sze Tak Tang collection.[4]