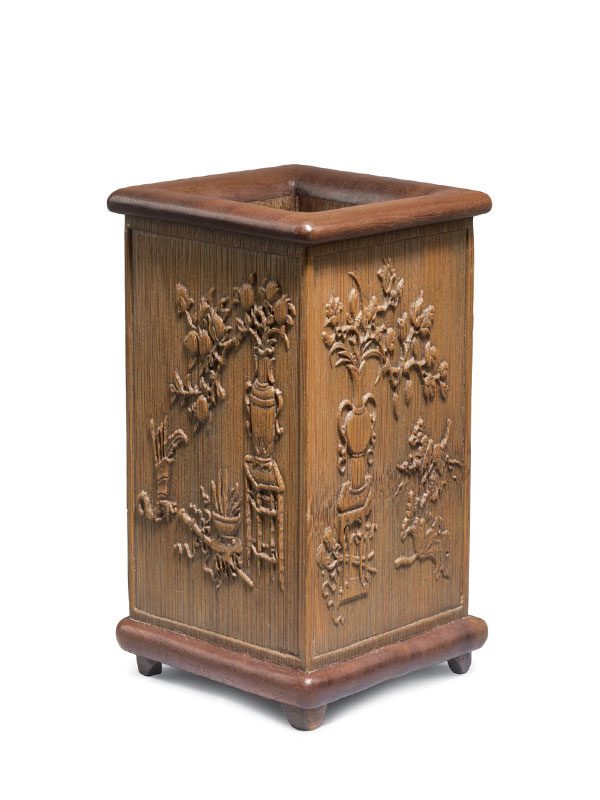 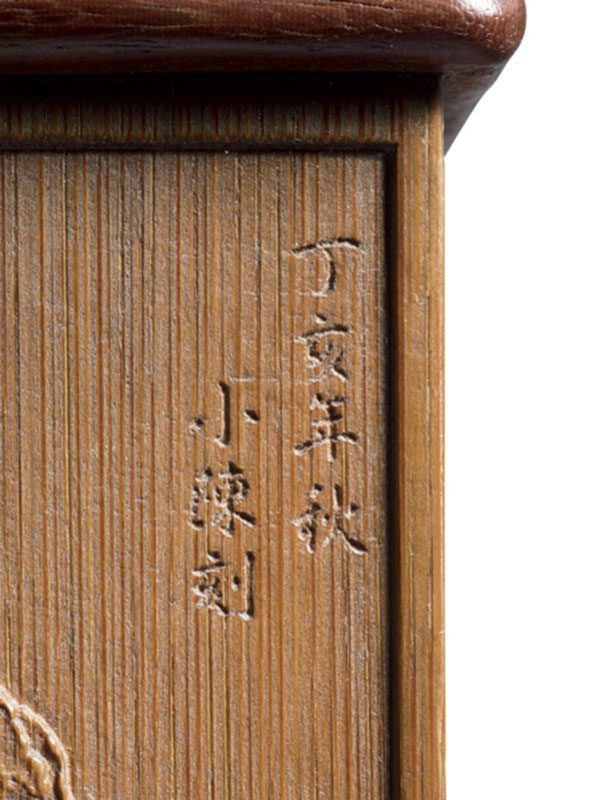 A bamboo brushpot of square form, supported on a flat wooden base with four shallow feet, with a wooden rim mounted on the top. The straight sides are carved in low relief in minute detail with plants and flowers in vases on stands and a general array of scholar’s objects in studio scenes, known as the ‘hundred antiquities’. An inscription composed of two lines of Chinese characters reading ‘Ding Hai nian qiu (Autumn in the year of Ding Hai)’ and ‘Xiao chen ke (carved by Xiao chen)’ is engraved on the top right hand corner of one of the panels.

This minutely carved bamboo brushpot in very fine condition is unusual for its decoration. The decoration of scholar’s objects adorning the straight sides, also known as the ‘hundred antiquities’, highlights the comfortable lifestyle of scholars and their leisurely pursuits.[1] It is also very unusual to find a bamboo brushpot of this square format; most extant bamboo brushpots are round. The art of bamboo carving emerged and established itself in Wuzhong (Suzhou in Jiangsu province) and its vicinities during the mid-Ming dynasty, the 14th and 15th centuries. Jinling (Nanjing) and Jiading, both in Jiangsu province, became the two key regions of bamboo carving activity. Around the late Ming to early Qing dynasties, Jiading bamboo carvers started to combine high and low reliefs to give variety and contrast. According to the inscription on the side, it is indicated that this vessel was made in the year of Ding Hai, corresponding to 1707, 1767 or 1827.