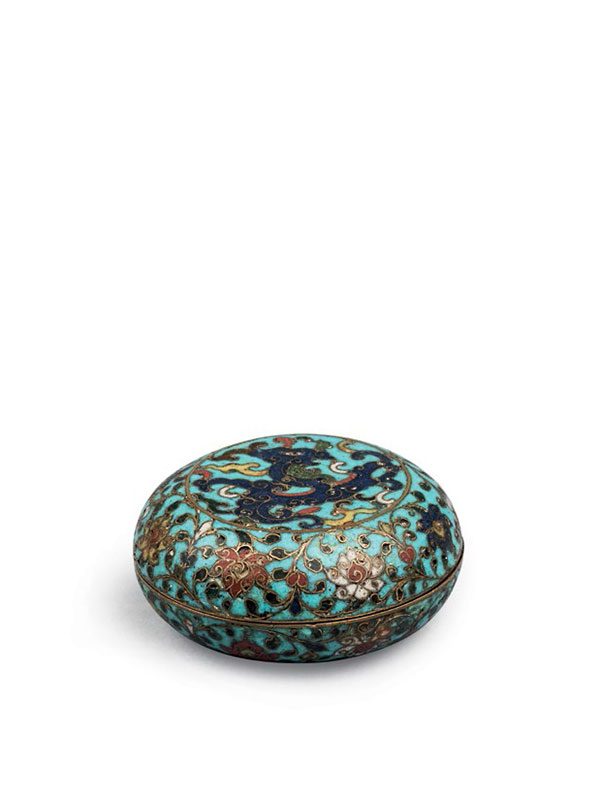 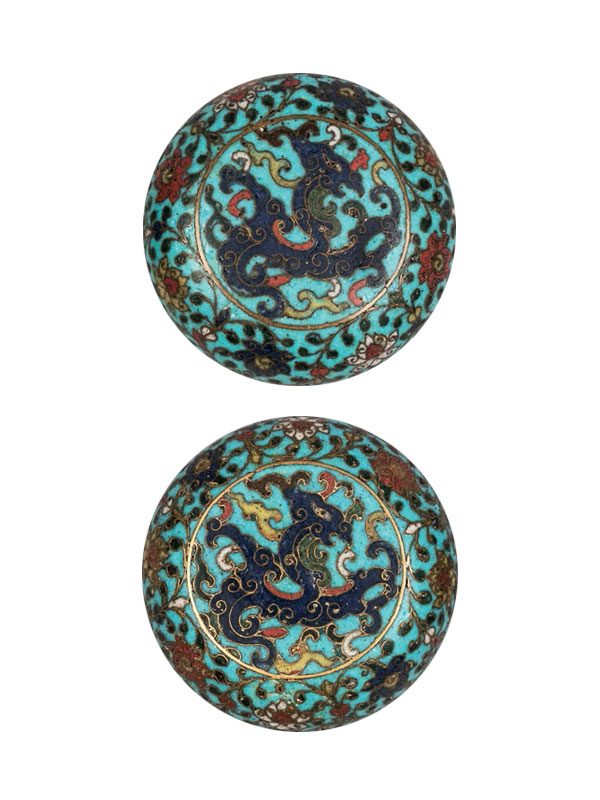 A circular cloisonné box with a slightly domed cover and a flat base. The cover and the base have an identical decoration in coloured enamels on a turquoise ground with a kui-dragon to the centre, whilst the sides are adorned with a dense, formalised design of lotus flowers, interlinked by scrolling stems. The interior and the rims are covered in a thick layer of gilding.

This charming box, rather than having a footed base, is unusually decorated with an identical pattern on both the cover and the base. Given the symbolic meaning of its dragon design, it is more than likely that this box was used in the Imperial Court. Cloisonné enamel objects were intended primarily for the furnishing of temples and palaces, where their brightly coloured splendour was considered appropriate for the surroundings. By the mid-Qing dynasty, Chinese craftsmen fully exploited the cloisonné technique to create vibrantly coloured wares. Circular cloisonné enamel boxes of such size are commonly used as incense powder boxes, as part of the ‘Three Friends of Incense’ – the incense tool vase, incense burner and incense powder box. A comparable cloisonné enamel box of circular form, decorated with a phoenix in the centre encircled by lotus flowers and scrolling stems, is in the collection of the National Palace Museum, Taipei. [1] A comparable Ming dynasty cloisonné enamel plate with a pattern of five dragons, closely comparable in the stylised design, is in Robert Chang’s collection and was exhibited at the Suzhou Museum in 2007. [2] A comparable covered box, decorated with two chi-dragons on the cover and dated to the Yuan or early Ming dynasty, is in the Musée des Arts Décoratifs, Paris. [3]