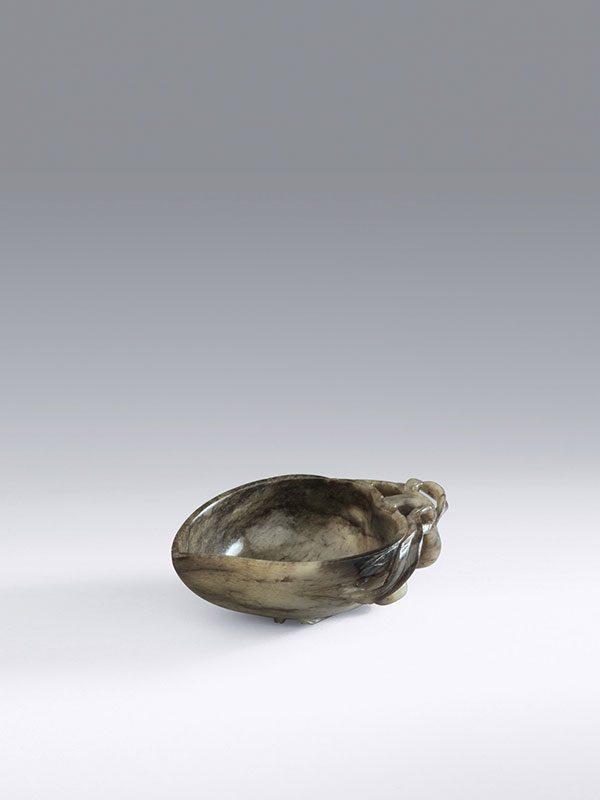 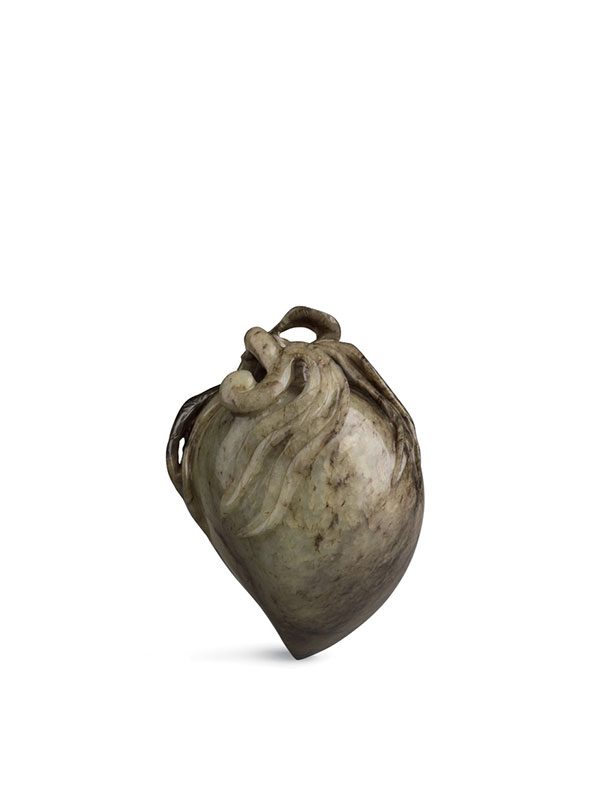 A jade cup carved as a half peach with smooth sides. A protruding stem at one end with slender leaves carved in high relief forms a handle, with the leaves extending underneath and around the sides of the peach to form the base. The stone is of yellowish celadon colour with variegated fleck inclusions and dark areas around the rims.

Peach-shaped cups appeared in the Southern Song period (1127 – 1279)[1] and became extremely popular in the middle and late Ming dynasty under the influence of Daoism, mainly due to the shape, which symbolizes immortality. Adherents of Daoism also believe that jade has a preserving effect on the human body. The earliest example of a jade peach-shaped cup of comparable size and of a more simplistic design, dated to the early Yuan dynasty (1271-1368), was excavated from the joint burial of Qian Yu and his wife at Wuxi in Jiangsu province.   It is now in the collection of the Wuxi Museum. Two closely comparable examples in size and design, dated to the Qing dynasty, 18th – 19th century, are respectively in the collections of the British Museum[2] and Victoria and Albert Museum.[3]