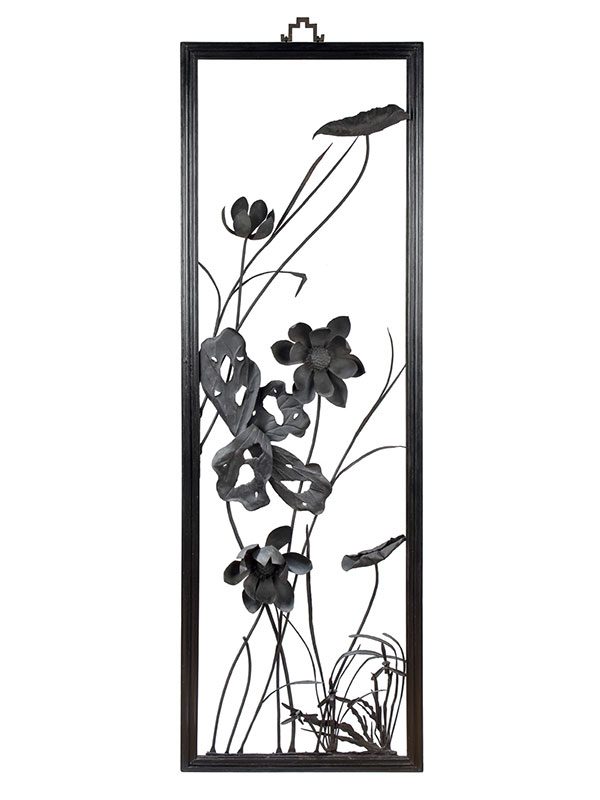 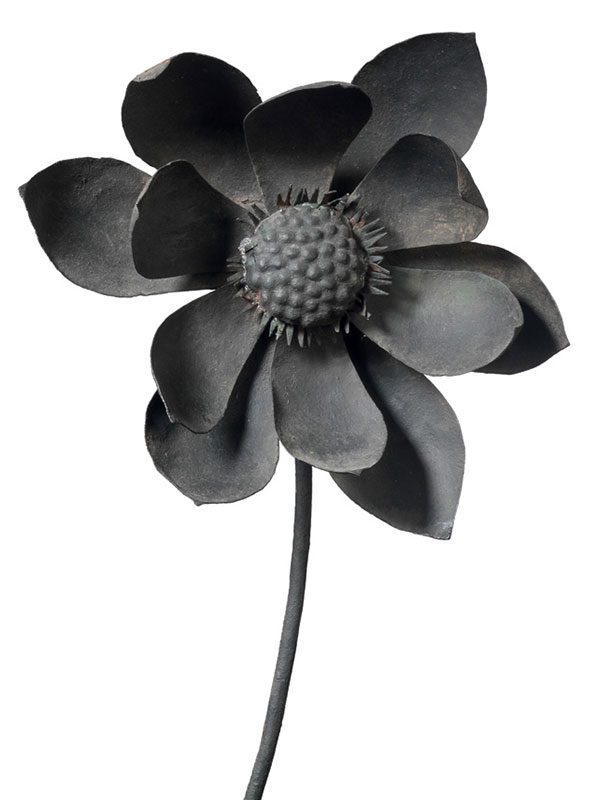 A large iron painting, tiehua, depicting branches of flowering lotuses, some rolled up, and partly holed big leaves, all emanating from a lotus pond. The lotuses are composed of wrought-iron elements, which are crafted individually and bolted together. The painting is contained within a rectangular hardwood frame with a ruyi-shaped iron handle.

This fine iron painting displays the typical contrast between dark iron and lighter background, which results in a striking two-dimensional quality that is comparable to ink painting. Developed in the 17th century in Wuhu city of Anhui province, the technique was derived from hammered iron candleholders in the shape of flowers made for Buddhist temples, hence the name in Chinese tiehua, which literally translates as ‘iron flowers’. It was not until the 18th century that the art of tiehua was noticed by scholars in Beijing, who started to admire their beauty in poems. The importance of the aquatic lotus (hehua or lianhua in Chinese) as a symbol of Buddhism, helped make it one of the most common and central flowers in Chinese art.[1] Stylistically and in terms of size, this iron painting closely resembles a set of four iron paintings from the collection of the Shanghai Museum, which were included in the exhibition The Chinese Scholar’s Studio: Artistic Life in the Late Ming Period, which was held at the Asia Society Galleries in New York in 1987.[2]   The iron painting is also remarkably similar to an example from the collection of Hugh Malcolm (1868 – 1961) that was included in our 2018 catalogue.[3]