Bronze model of a dragon, by Shinobu Tsuda 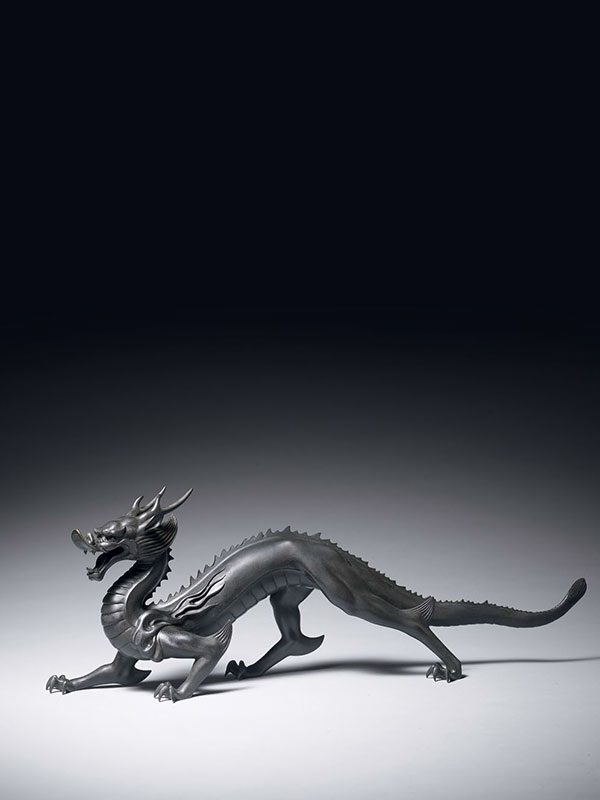 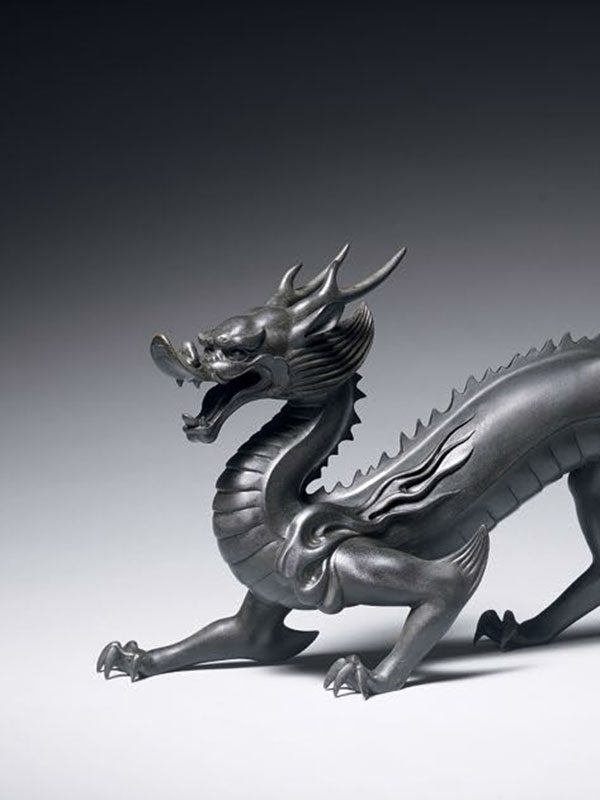 A bronze model of a dragon, the horned animal depicted striding vigorously with raised head, snarling expression with wide-open mouth and visible teeth and long tail, the four clawed feet gripping the surface. Wispy clouds are seen on the body above his front paws. The underside is engraved with the two-character signature of Shinobu Tsuda.

Shinobu Tsuda (1875 – 1946) was a professor of the Metalworks Department at the Tokyo Academy of Fine Art, and was also a valuable teacher amidst the participants of the Mukei group, a short developmental movement within Japanese crafts, which was formed in 1926. [1] Known for his progressive ideas and interest in introducing new ways of working with metal, this dragon is of similar form and design to Tsuda’s other bronze works dated around the same period, two examples of which are held in the National Museum of Modern Art in Tokyo. [2]