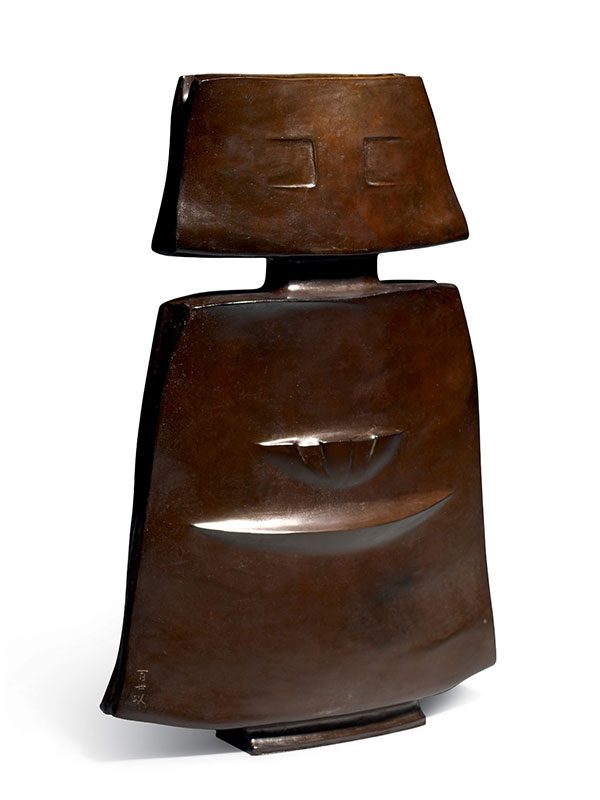 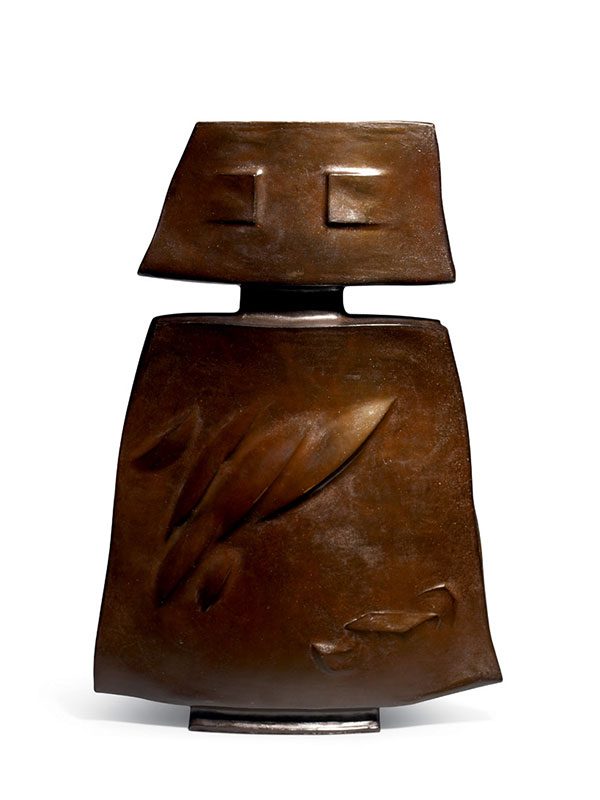 A bronze sculpture in two joined sections, the body of tapered rectangular form, supported on a narrow base and surmounted by a short ‘neck’. The tapered ‘face’ has two square eyes at the front and back. The back of the body is decorated with a cluster of leaves in relief. The base is signed Hyakuseiji Yamamuro. The piece is preserved in its original tomobako or wooden box. The top is inscribed “Chudo, Dai-san no shiko, kaki” (Cast bronze, entitled The Third Direction, flower vessel) and the back Yamamuro Hyakusei ji, with the seal Hyakusei saku.

This intriguing sculpture was included in the Nitten exhibition of 1985. It is by Hyakusei Yamamuro, a Go or art name used early in his career by Yamamuro Hyakusei who was born circa 1900. A noted metalworker, he supervised the crafts made on the occasion of the coronation of the Showa Emperor in 1928. His work is represented in many museums in Japan and overseas, including the Philadelphia Museum, which has in its collection a vase made by him, a piece that was shown in the 1936 Nitten exhibition,[1] Yamamuro’s work was also on view in the Japanese pavilion at the New York World’s Fair of 1939-40.