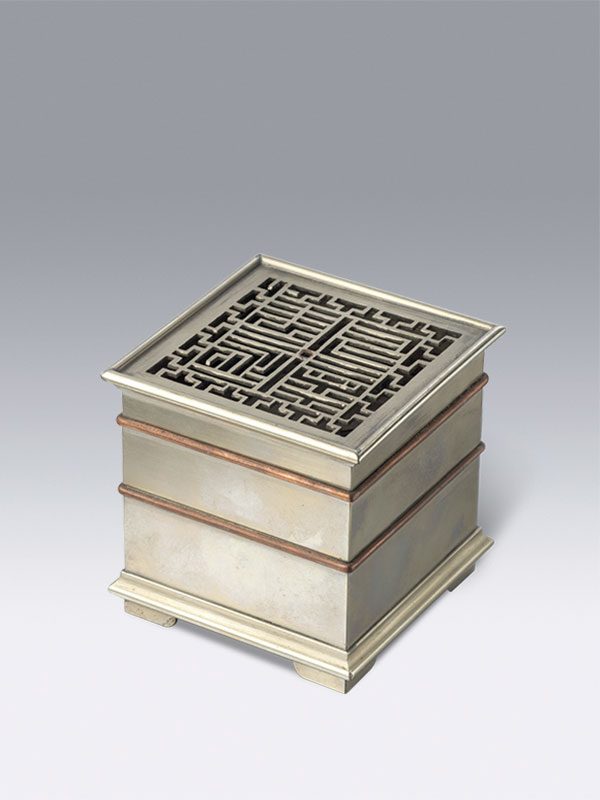 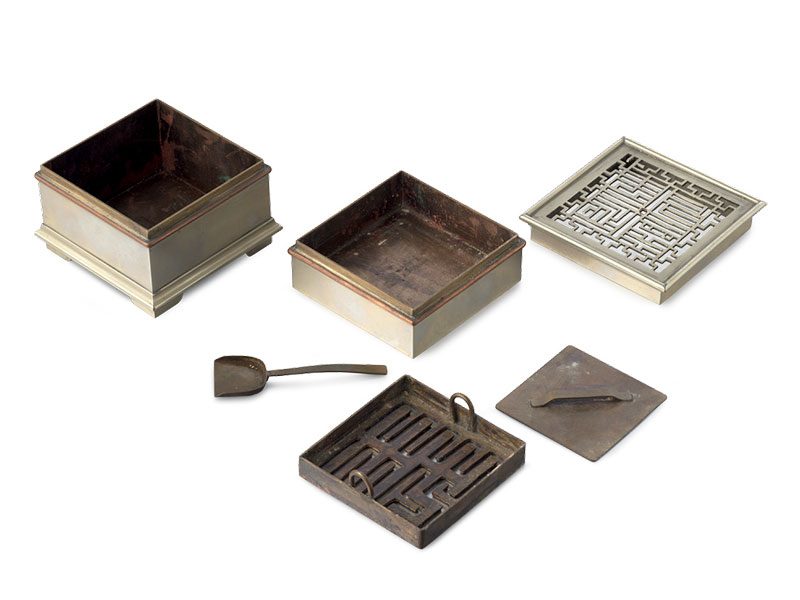 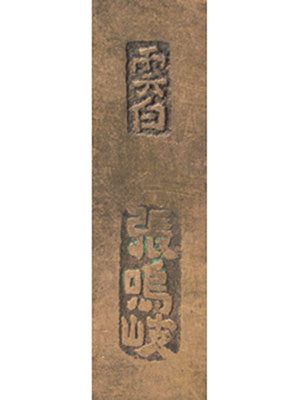 A baitong copper banded incense clock of square format, retaining its original miniature shovel, cutting blade and stamping tool. The top tier is fitted with a lid that is pierced with four stylized characters, reading Yan Nian Yi Shou, meaning “to have a long life” or “longevity”, surrounded by T-shaped frets.   It is inset with a removable tray, used to outline the pattern of the incense powder in the sand. The bottom tier stores a miniature shovel, a square stamping tool and a shaped cutting device. The base is stamped with two hallmarks, respectively reading Yun Bai (cloudy white) and Zhang Mingqi (a Chinese name).

Baitong was first known and used in China during the Qing dynasty. It became known in the West from imported wares called baitong (Mandarin) or paktong (Cantonese) (literally “white copper”), for which the silvery metal colour was used to imitate sterling silver. Chinese incense clocks have practical, recreational and religious uses. Practically, a clock needs to be able to tell the time. This can be done through sound, sight, touch or smell. There are early records of incense clocks being used in China from 1073 AD, where a severe drought in the countryside caused many municipal clepsydrae to stop working.  Recreationally, powdered incense clocks were mainly used in China as personalised and portable time-keeping devices for homes. Metals such as nickel, silver and pewter were lighter and smaller than their wood and stone predecessors and therefore became a popular gift used by Chinese scholars and intellectuals. Incense seals, sticks and spirals were also used for religious time telling, keeping the time during festivals and important rituals. The second mark on the base, Zhang Mingqi, was probably the reciever of the gift, or he was the patron.