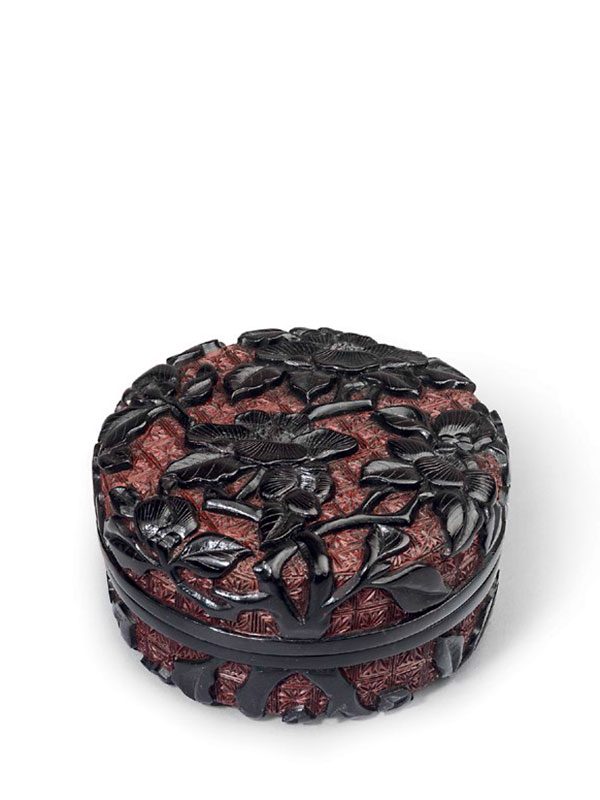 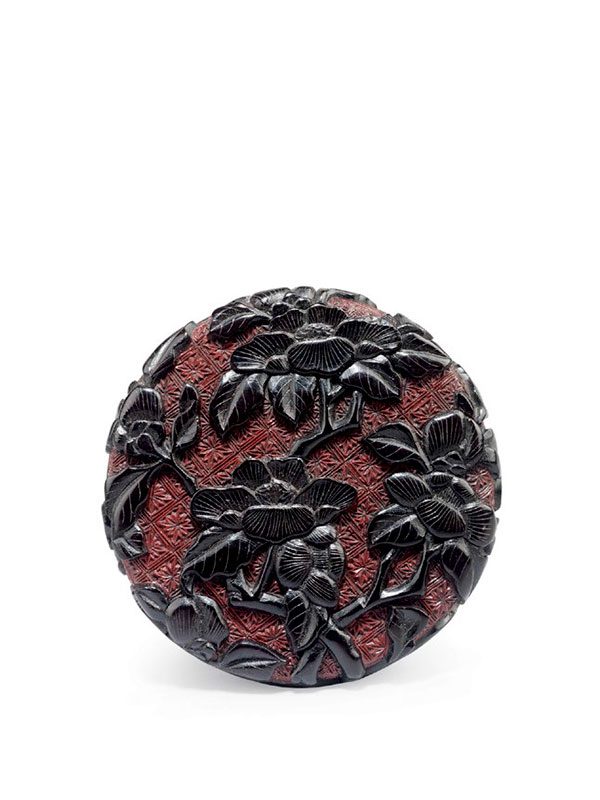 A lacquer box of circular form with straight sides, terminating in lipped rims. The flat top and base sections are similarly carved through a thick layer of black lacquer with an overall design of camellia flowers and leaves on branches. The naturalistic design is set against a cinnabar lacquer background of finely carved starburst diaper. The interior and the lipped rims are both lacquered black. The box is contained in an old Japanese wooden box and a silk pouch.

The stunning colour scheme of black on red seen on this box is extremely rare. So is the full carving on both sides of the box, which visually lacks the distinction of an obvious top or bottom.  Small circular boxes such as the present example were used to store incense powder, cosmetics or other personal items. Camellia is indigenous to China where it thrives in the mountains and valleys of southern provinces, and symbolises winter and endurance due to the fact that its flowers bloom at the beginning of winter.1 A very similar 16th century lacquer circular box from the Sir Harry Garner collection, closely comparable with black camellia flowers carved in relief against a red lacquer starburst diaper, is in the collection of the British Museum.2  Another black-on-red-ground lacquer box, depicting a bird on a branch of plum blossoms, is also in the Sir Harry Garner collection.3 Some further comparable circular boxes are carved in red lacquer only: one decorated all over with sprays of gardenia on starburst diaper was formerly in the collection of Mrs. Walter Sedgwick, London;4 two carved with plum blossoms and also dated to the 16th century are respectively in the collections of the National Palace Museum, Taipei5 and the Metropolitan Museum of Art.6