Bronze Incense Burner in the form of an Elephant 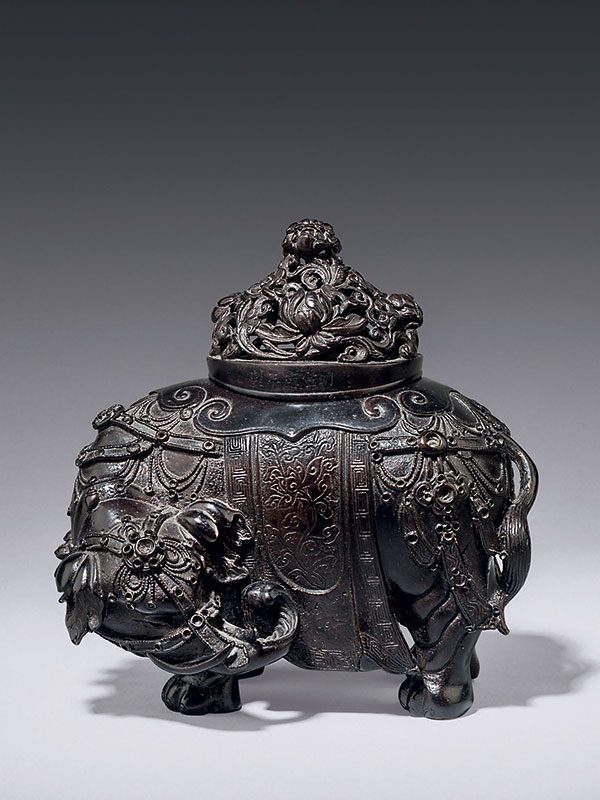 A bronze incense burner in the form of an elephant, standing foursquare with its head turned back and its trunk between the tusks. The seperately cast, open work cover is decorated with bunched lotus flowers. The elephant wears a howdah engraved with lotus flowers and is richly attired with caparisons of ‘jewelled’ straps and tassells. the rim of the cover is engraved witha six-character mark of Xuande (Da Ming Xuande Nian Zi). The elephant’s fitting were originally inlaid in semi-precious stones.

The elephant (xiang) is known to have existed in China during the Bronze Age. Proof that the animal was a popular subject in art from very early times is privided most spectacularly by large Shang dynasty zun (12th – 11th century BC) in the form of an elephant in the collection of the Museé Guimet in Paris.