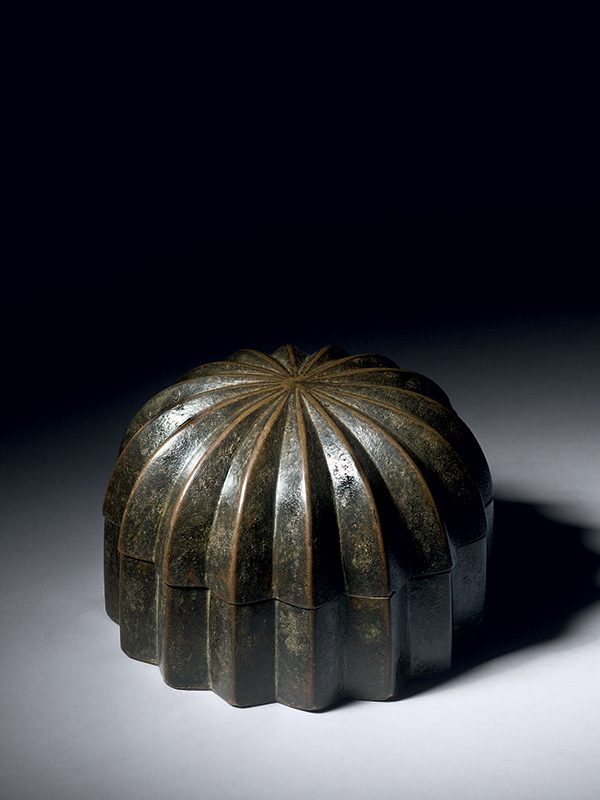 A bronze pandan box of circular form with a convex lid. Both the box and its lid have  deeply ribbed, angular gadrooning around the sides. The apex of the lid is marked  by the intersection of the ribs. The box has a rich, deep brown patina. Inside the box are preserved the remnants of an old document inscribed by hand in what most probably is Farsi Arabic, the language of the Mughals.

The deep gadroons around the body give this pandan box an almost architectural quality of Mughal style. A pandan was used to store the pan, or betel quid after it had been stuffed and rolled ready to eat, rather than for the individual ingredients. The chewing of betel is an ancient Asian tradition comparable to tobacco in the western world. Betel consists of three main ingredients: the areca nut, betel leaf and lime paste. Betel was, and still is enormously popular throughout Asia and plays a major role in the entertaining of guests, in courtship and marriage, and in the traditional etiquette of the royal courts, where it often forms part of the state regalia.[1]  Research on several pandan boxes has been published by Zebrowski.[2]