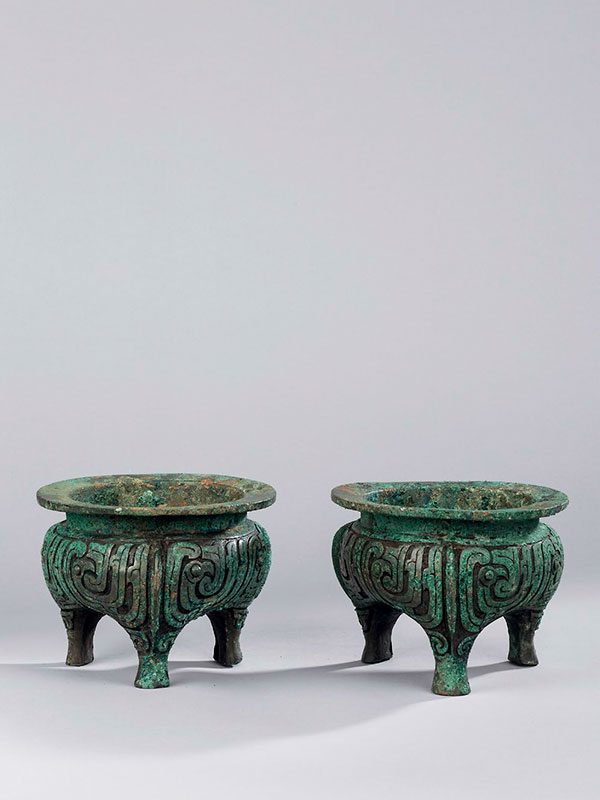 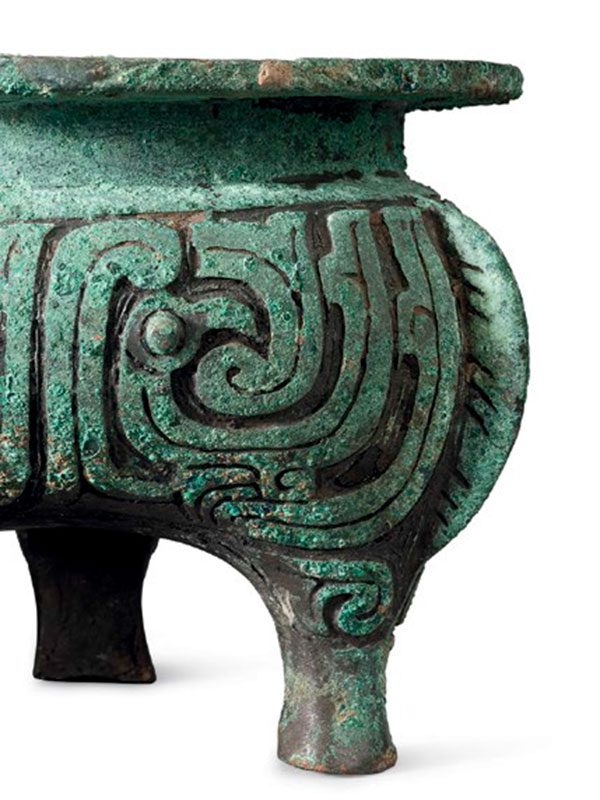 A pair of bronze ritual tripod vessels, li, each with a squat circular body supported on three short, slightly splayed cabriole legs. The short, straight neck terminates into a widely everted flat rim. The rounded body is divided by three vertical flanges and decorated on each side in a low-relief pattern with two stylised bird motifs, with a sharp beak and a bulging eye. A vertical mould mark runs from the everted lip through each flange and continues down the outer surface of the leg below.  The vessel has a brilliant blue and subtle grey-green patina overall.

This pair of exquisitely mould-cast bronze vessels of li shape represents one of the best examples of Western Zhou archaic bronzes.  The form originated from a ceramic prototype that was used as a cooking utensil from Neolithic times. Li vessels were suddenly copied in bronze from the mid Western Zhou period.1  A closely comparable bronze Luwang Li, similarly decorated with bird motif on the sides and dated to the late Western Zhou dynasty, is in the collection of the Shanghai Museum (fig. 1).2  According to an inscription on the Luwang Li, this vessel was made by King of Lu, a Western Zhou dynasty vassal state in present-day central China with the surname Jiang. 3 The use of the bird motif is extremely rare; li are normally found with taotie or dragon motifs.  The similarity of the bird motif on the current pair to that found on the Lu vessel suggests that they might have been made around the same area and period. Two bronze li vessels adorned with a dragon motif and of similar size and form, dated to the late Western Zhou period, were both in the Arthur M. Sackler collection. They are currently respectively in the collections of the Arthur M. Sackler Gallery, Smithsonian Institute4 and the Art Museum, Princeton University.5
Another Western Zhou bronze vessel li with taotie decoration is in the collection of the
Metropolitan Museum of Art.6 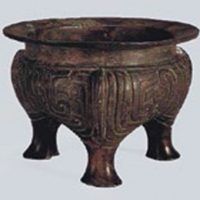