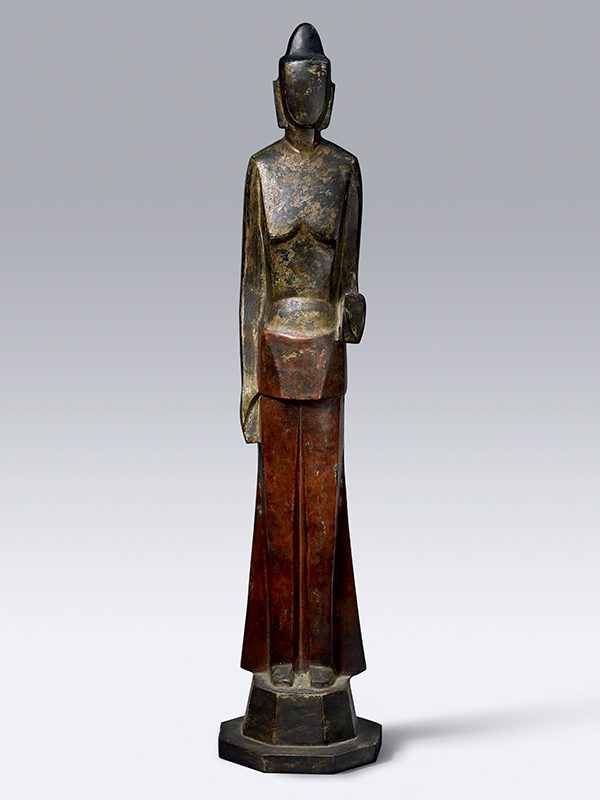 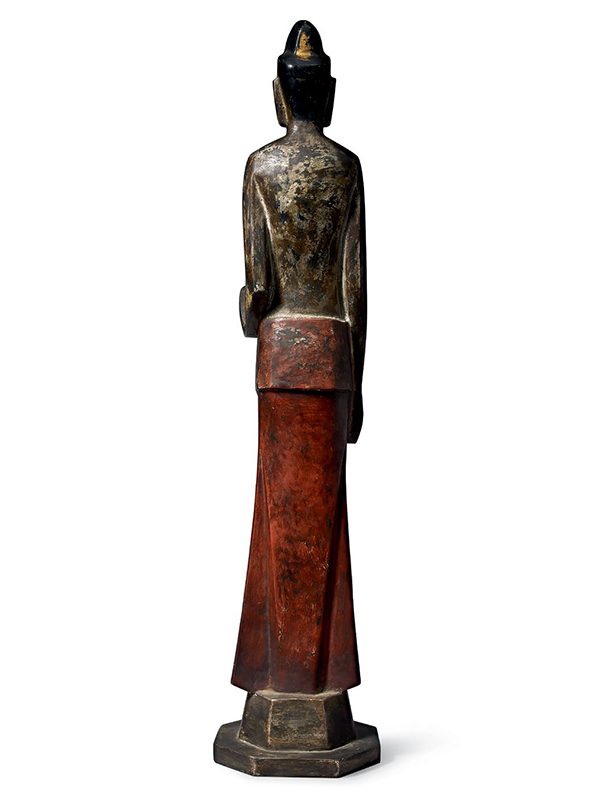 A stylised bronze sculpture of Kannon Bosatsu, standing on a hexagonal, stepped plinth.  The deity is dressed in a clinging shirt over a flared skirt, below which the feet are visible.  The left arm is slightly raised and the ends of the long sleeves cover the hands.  The featureless head is surmounted by a conical hat. The sculpture has the remains of red pigment on the skirt.

Although this unusual sculpture is made of bronze, it has the, undoubtedly deliberate, appearance of well-worn wood. Kannon Bosatsu is a bodhisattva, which means she has prolonged her own eternal enlightenment to stay behind and help everyone who suffers in this world. The origin of Kannon is, like Buddhism itself, in India, with the deity avalokitesvara. In India, Tibet, and South East Asia avalokitesvara is represented as a male. When Buddhism spread into China, it was probably mixed with local Daoist goddesses and took the name Guanyin, from which the Japanese word kannon is derived, and from the middle ages on is often, though not always, represented as female in China, Korea, and Japan. Statues of Kannon were made in Japan after the introduction of Buddhism during the Asuka Period (538 – 710).  The popularity of Kannon led to the creation of pilgrimages to Kannon temples, mostly in groups of 33 temples at a time, which corresponds to the sutra that mentions Kannon taking on 33 different manifestations.