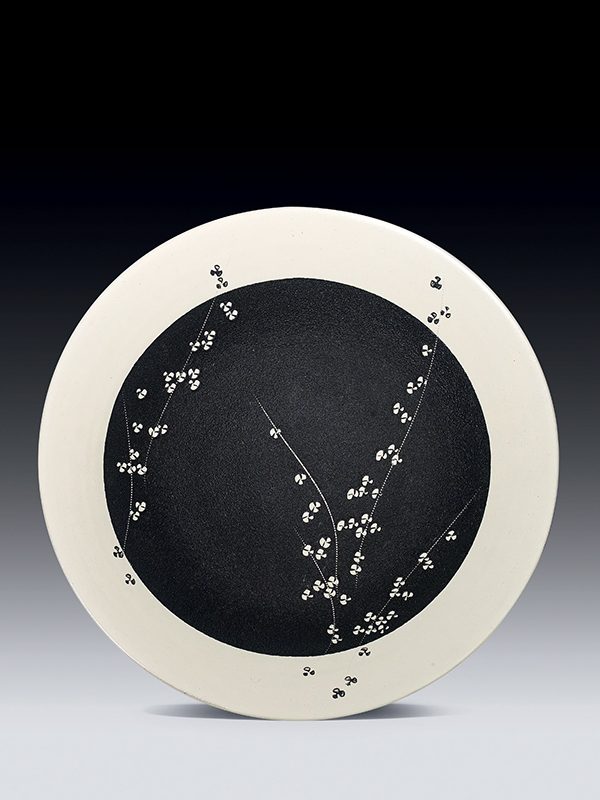 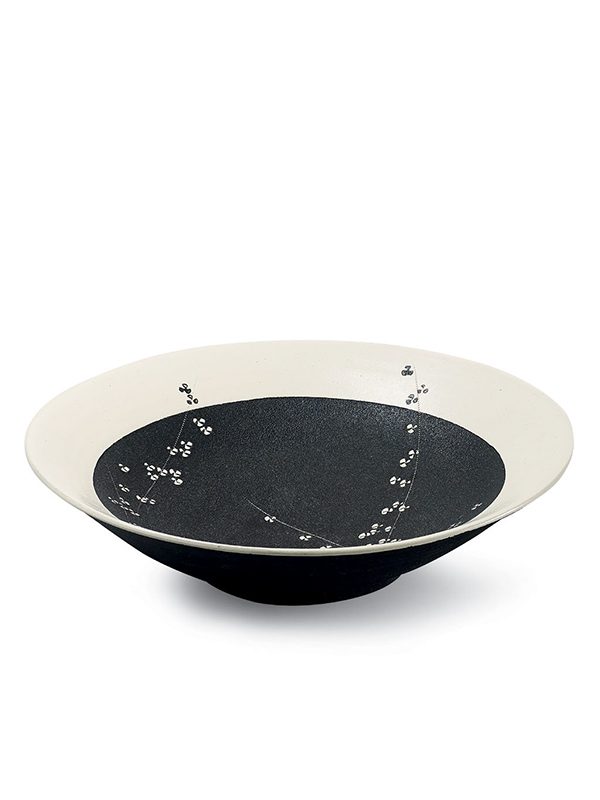 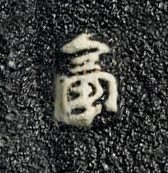 A large ceramic dish by Kondô Yutaka made in the Chinese Cizhou technique. Deeply impressed white blossoms are reserved against a black central background.  The wide rim is of white glazed ceramic with blossoms in black, showing an optically pleasing contrast. The dish retains the original wooden box, tomobako, signed by the artist.

Kondo Yutaka (1932-1983) was born into a traditional family of potters in 1932 in Kyoto. He studied under Kondo Yuzo and Tomimoto Kenkichi, both Living National Treasures, at the Kyoto Municipal University of Art, graduating in 1957. That same year his work was accepted into the New Masters of Crafts Exhibition (Shin-takumi Kogeikai Ten). From 1962-63 he travelled in the US and lectured at Indiana University. Returning to Japan he was granted a position at his Alma Matter, where he would continue to teach until he passed away in 1983.  The present dish is made in the Chinese Cizhou technique, which he mastered during his frequent research trips to South and Central Asia. He twice received the Mayor’s prize at the Kyoten Exhibition, was awarded at the Asahi Togeiten, and is recipient of the coveted JCS award in 1967. The following year his work was displayed at the New Generation of Ceramics Exhibition held at the Kyoto National Museum of Modern Art. In 1985 a posthumous exhibition was held honouring his life’s work at the Kyoto Municipal Museum of Art. Examples of his work are in several museum collections worldwide, such as the Metropolitan Museum of Art, New York, Musée Tomo, Tokyo and the Victoria & Albert Museum, London.