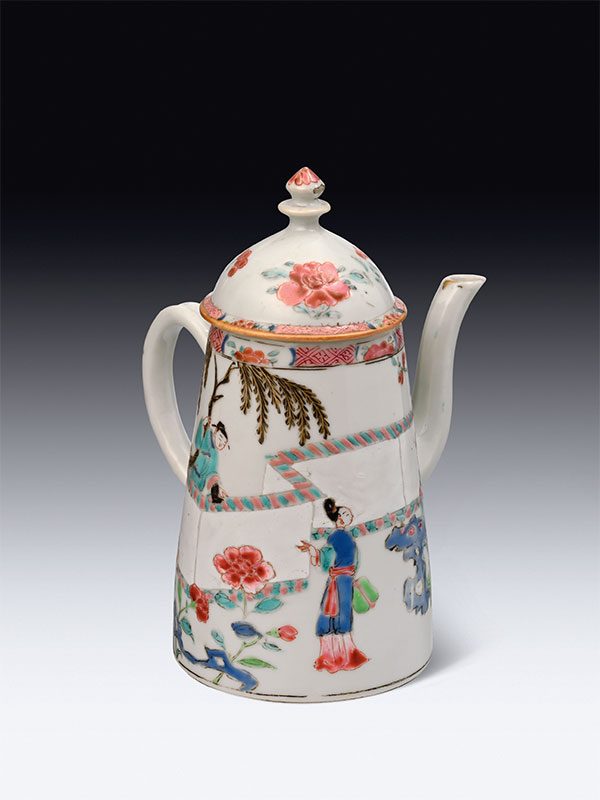 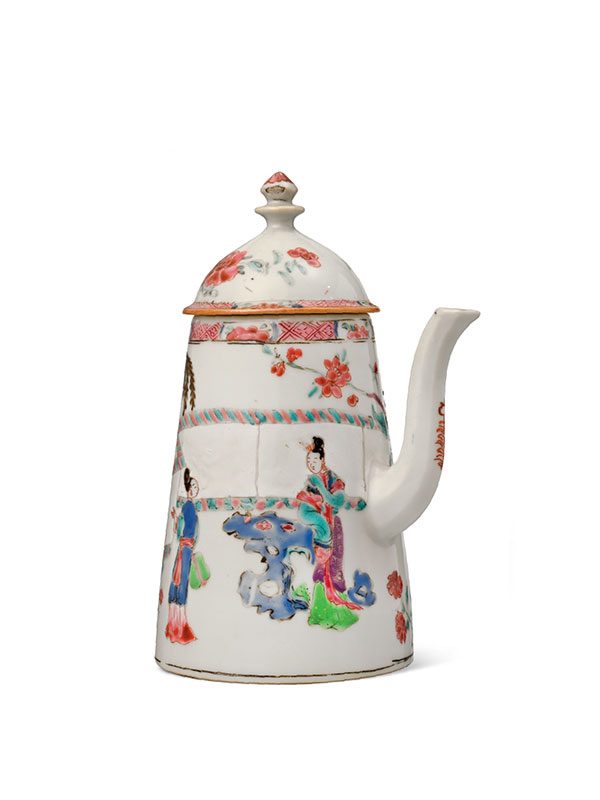 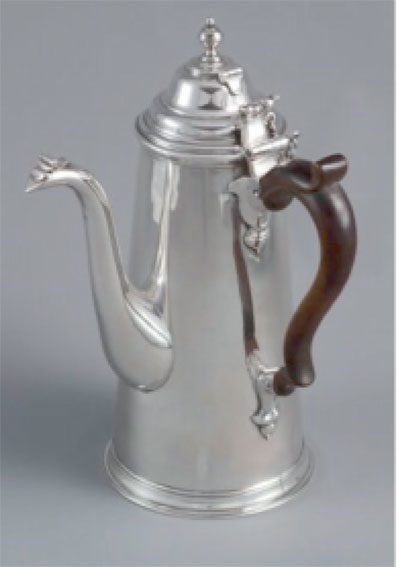 A porcelain chocolate pot and cover of tapered form, the sides set with a C-shaped handle and a curved spout. The domed cover has a knopped finial. The sides are painted in delicate famille rose enamels with two ladies in a walled garden beside an extravagant rockwork table. A man is seen climbing the perimeter wall, clutching with his right hand the branch of a tree. Abundant foliage and flowers can be observed in the garden. The lid has a decoration of flowering peony.

The fact that the handle is placed at an angle to the spout indicates that this pot was intended to serve chocolate rather than coffee. Drinking hot chocolate became popular in Europe after being introduced from Mexico. It is likely that this porcelain chocolate pot was made in China for export to Europe. The shape is based on an English silver prototype, dating from the end of the 17th century, such as an example made in London and dated 1698 (see plate 1). The painted decoration depicts the well-known scene from the novel “The Romance of the Western Chamber” in which Zhang Sheng, a young scholar, clambers over a wall to meet his lover Cui Yingying.