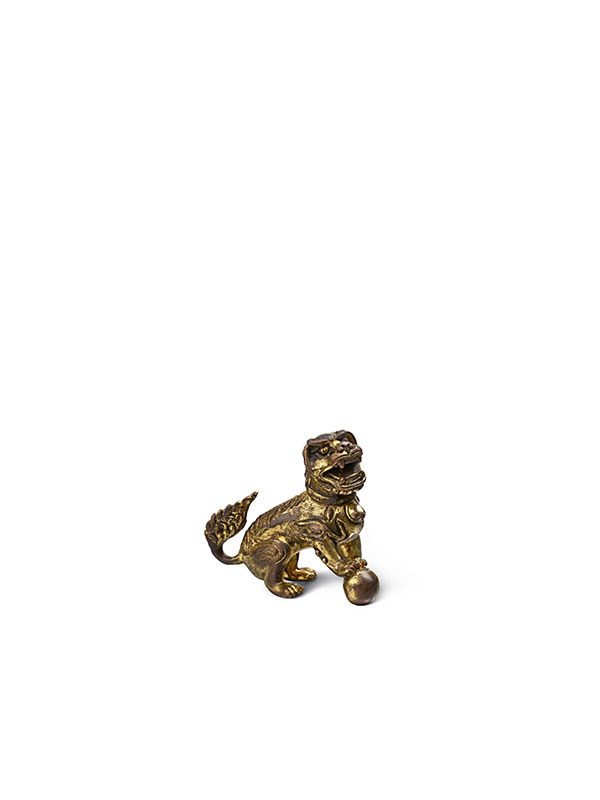 A gilt bronze paperweight in the form of a seated lion dog, resting its right front paw on a ball, its head turned slightly to the right. The lion has a large, upturned tail, the bushy tip of which is situated above his hindquarters. The beast is well defined with pronounced mane and hairs on the back and wears a collar around the neck, to which is attached a large bell. The animal has bulging eyes and curled ears and its jaws are spread wide open to reveal his large teeth. The bronze is covered in a layer of bright gilding.

This charming, quite heavy sculpture would most probably have been used to weigh down papers in a scholar’s studio. According to Bartholomew, the lion is considered to be “The king of beasts” and symbolises protection and harmony.[1]