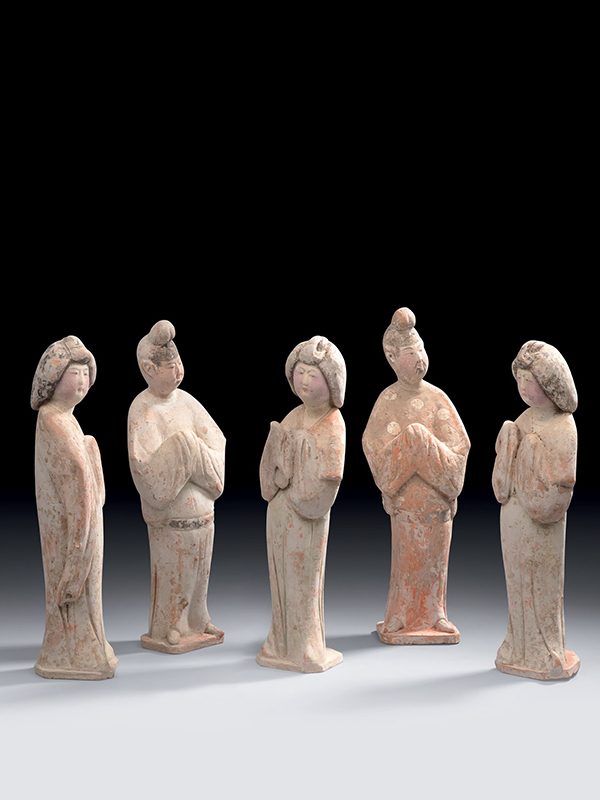 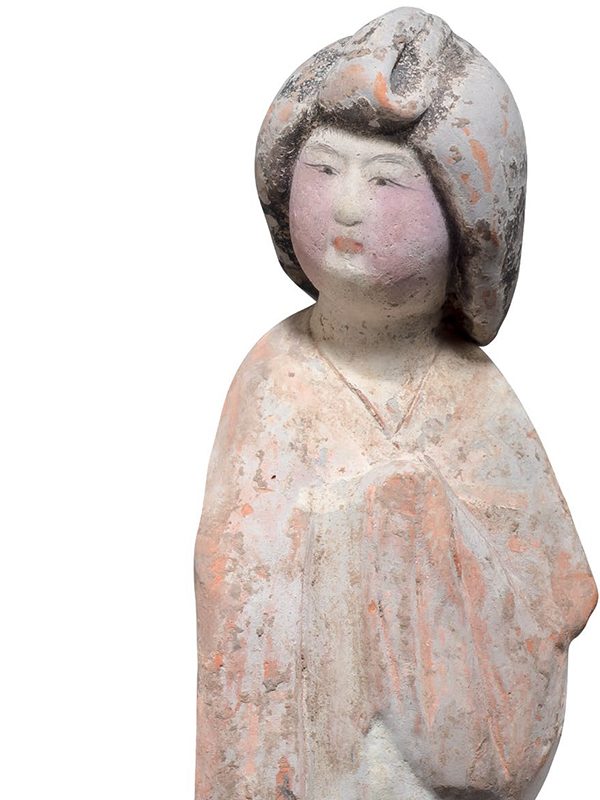 A group of five red pottery figures, consisting of three women and two men.  The women are dressed in long-sleeved, floor-length robes that fit loosely, with a shawl draped around the shoulders. They each hold their arms and hands in a different, animated position. Their plump faces have carefully defined facial features and their elaborate hairdo with topknot envelops the head. The two men are also dressed in loosely fitting, floor-length robes, which are belted at the waist. Their hands are covered by their sleeves and clasped together before their chest.  Their heads are tilted at a slight angle, as if observing the women, and the hair is covered with a tightly fitting peaked cap. All five figures retain a certain amount of the original colour scheme of green, orange, black and white pigments and the faces are particularly well preserved, with purple used to indicate the women’s flushed cheeks. The robe of one of the men has an attractive pattern of white roundels on the orange ground.

This unusual group of five pottery figures represents a gathering of fashionable men and women at the Imperial court in China in the mid-Tang dynasty. The elaborate arrangement of the ladies’ hair – a type of hairstyle sometimes referred to as a ‘wild-bird’ coiffure – was very much a feature of high-ranking ladies at the time, as is their relative plumpness, which has often been associated with the famous Tang concubine Yang Guei-fei, a lady of ample proportions. The animated stance of the figures and the individuality of their hand positions are particularly unusual features. Similarly dressed and coiffed ladies are illustrated in Women of the Tang Dynasty.1 and are in the collection of the Shaanxi Provincial Museum.2  Similar male figures are in the collection of Anthony M. Solomon3 and in the Gugong (Palace Museum) in Beijing.4