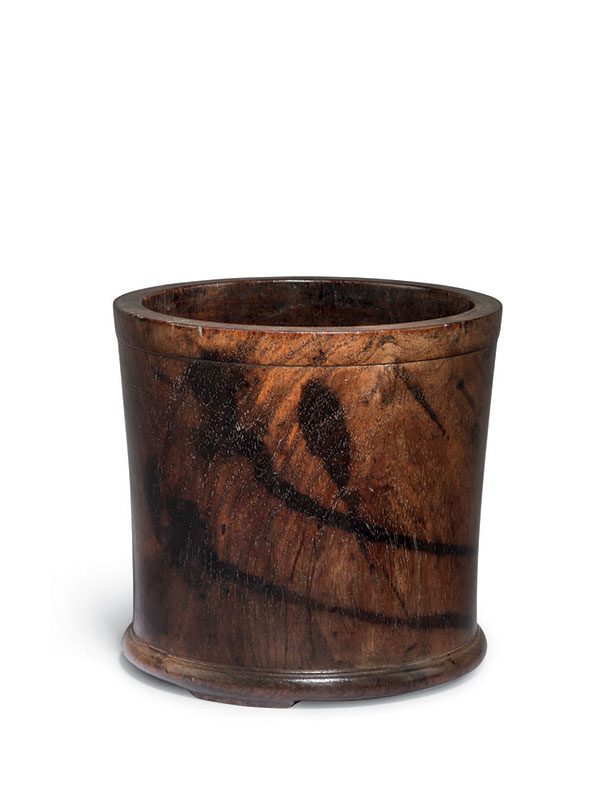 A huanghuali brush pot supported on three short feet.  The flaring sides terminate in a flat band that protrudes from the rim, while the lower edge of the base is encircled by a concave groove. The brownish wood is well polished and has three dark diagonal streaks that extend across the sides.

This beautiful brush pot was formed from a section of a tree branch. The unusual feature of relief bands around the edges not only has decorative but also protective functions. The three dark streaks, resembling free-hand brushwork in Chinese paintings, draw the attention of viewers and enliven the aesthetics of this piece. A comparable huanghuali brush pot, of similar shape and dated to the 17th century, is in the collection of the Museum of Classical Chinese Furniture.[1] Another huanghuali brush pot of similar shape and size, dated to the mid-17th to early 18th century, is illustrated in The Literati Mode: Chinese Scholar Paintings, Calligraphy and Desk Objects.2