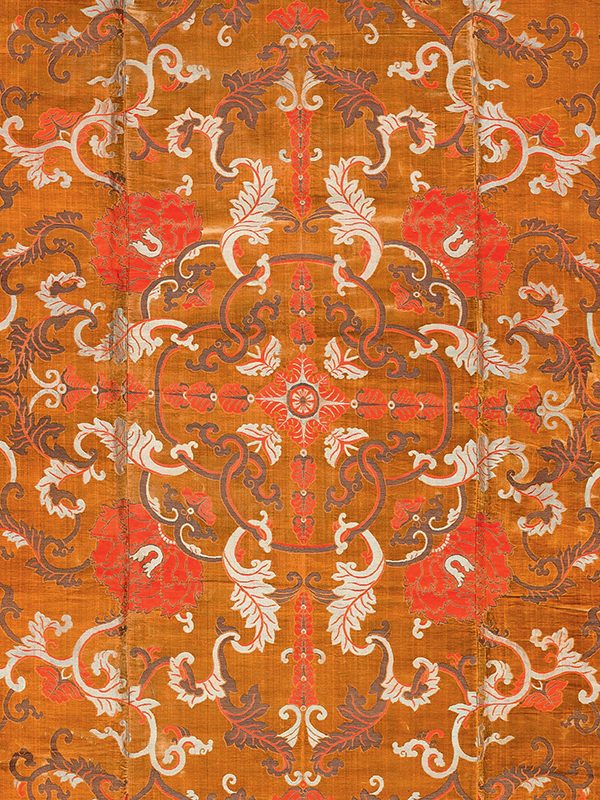 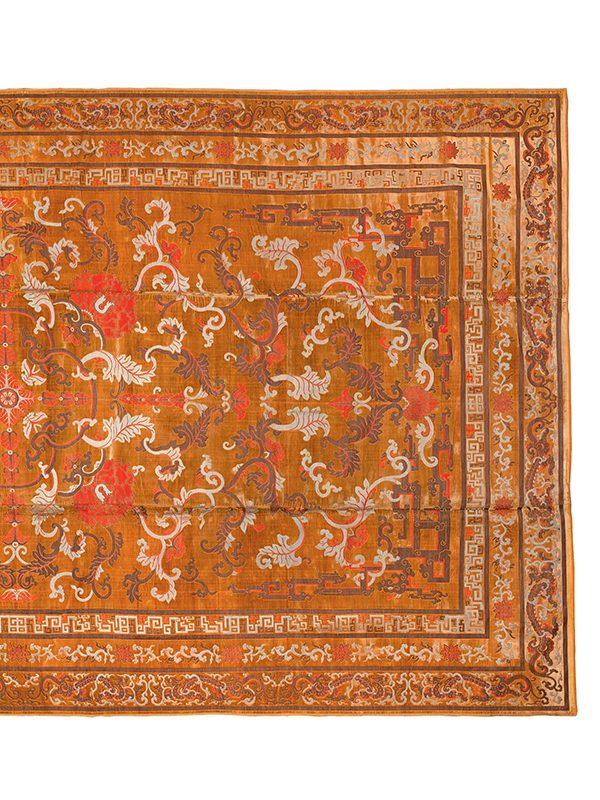 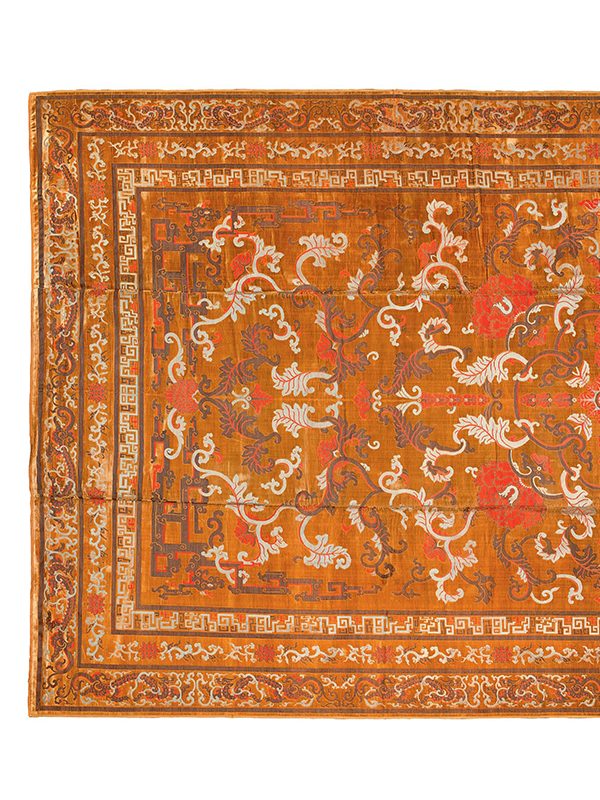 An imperial silk and velvet dais cover, composed of three rectangular, amber-ground panels joined together.  The panels are of cut and uncut silk velvet and depict a formal, archaistic pattern of scrolling lotus leaves in bright red, white and blue, contained with triple borders of key-fret pattern, scrolls and writhing, bifid dragons.

This magnificent, beautifully decorated dais cover of delicate silk velvet is extremely rare.  Dais covers, meant to cover important furniture, such as the kang platform of an imperial residence, were produced in very small quantities for the imperial court, in workshops based in Fujian and Jiangsu Provinces. The present cover is constructed of three silk-velvet panels, which were joined together after weaving. This seems to be the traditional method of construction; all extant dais covers consist of three such joined panels. A honey-ground silk velvet dais cover dated to the late 17th to early 18th century, decorated with blossoming lotus and similar interlocking designs ending with dragonheads, is in the collection of the Art Institute of Chicago.1 Another similar silk velvet dais cover is in the Minneapolis Institute of Art.2