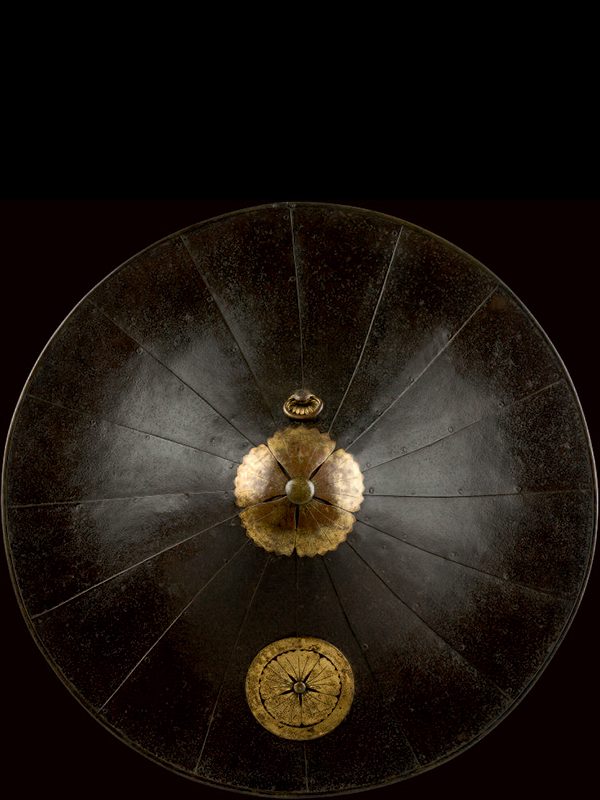 A metal jingasa, formed of sixteen triangular iron plates, fitted at its apex with a large foliate gilt brass tehen kanamono. A gilt brass five­leaf crest (mon) decorates the front edge and a ring is fixed at the back of the helmet, designed to carry a small identification flag (Kasa jirushi no kan). The interior is lacquered in red.