Ivory okimono of an apple by Kozan 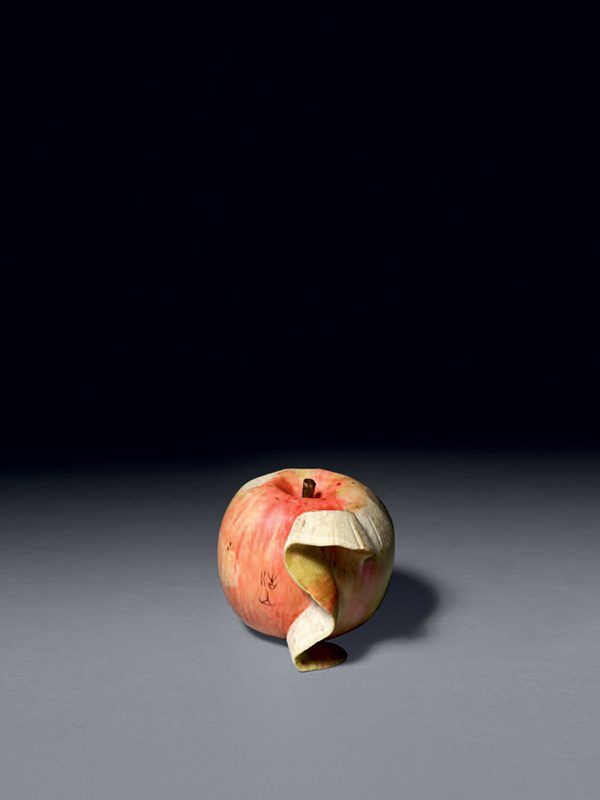 An ivory okimono, naturalistically carved to represent a partially peeled apple. The skin is stained partly red, partly green, and the flesh of the apple that is revealed is white. The stalk is stained a brown colour. Engraved with the two­-character maker’s mark Kozan.

The term okimono in Japanese literally means “object for placement [on display]”. Hyper­-realistic ‘trompe­l’oeil’ ivory carvings of fruit, in the form of tangerines and bananas were very popular in Japan during the Meiji period. An ivory carving of a tangerine, described as Chinese but probably made in Japan, is in the Kwan collection.[1]