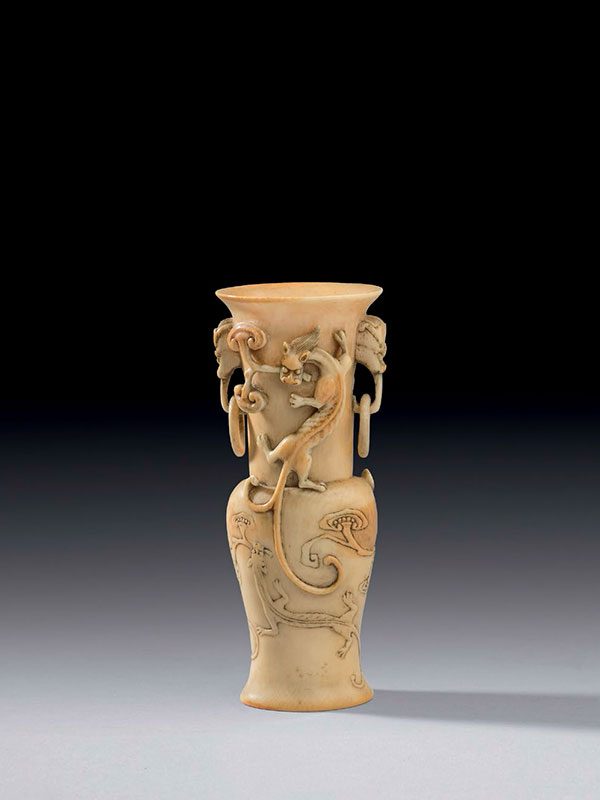 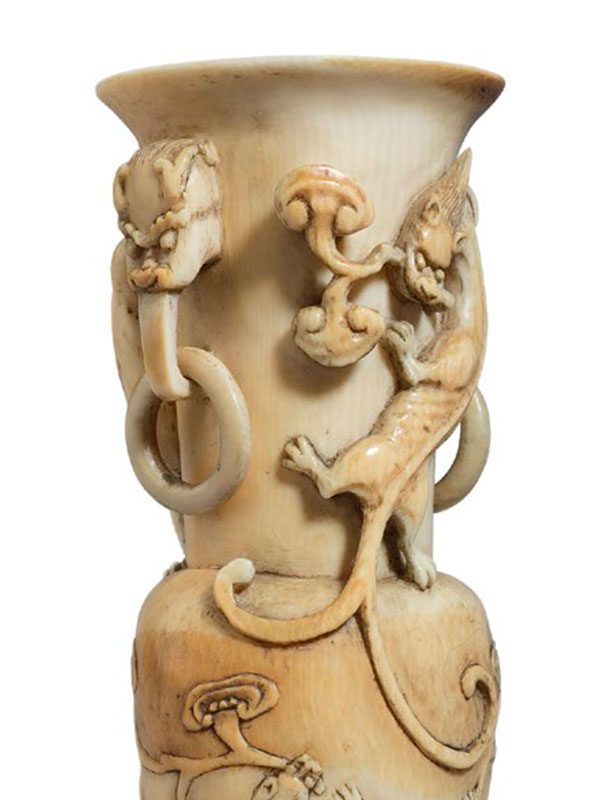 An ivory vase of baluster form, supported on a slightly recessed base and with a flared neck. Two loop handles in the form of a dragon-head from which two rings are suspended protrude from the neck. The upper section of the vase is carved in high relief with a crawling chi dragon with a long bifurcated tail, holding a branch of lingzhi fungus in its mouth. Another chi dragon holding a lingzhi fungus is carved in low relief on the lower section of the vase. The ivory has acquired a mellow patina with age.

This solid ivory vase with its two dragon-head ring handles is reminiscent of archaistic bronze vessels. Highly ornamental ivory pieces such as the current example normally have no practical function but purely served as decoration.1 The lingzhi fungus represents an important wish-granting symbol, as well as a symbol of longevity in Chinese art.2  A comparable ivory vase of similar size and carved with chi dragons in high relief, dated to the 18th – 19th century, is in the collection of Mrs L.M.F. Carson and published in Chinese Ivories from the Shang to the Qing. 3