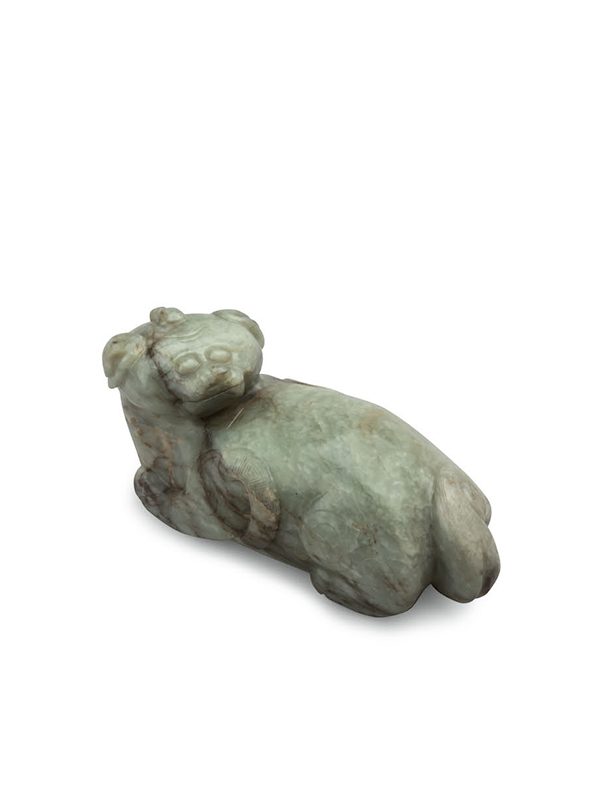 A jade recumbent mythical animal, turning its head to the left, looking over its shoulder. Its four legs are well detailed and neatly tucked underneath the body. The front legs have flame-like extensions, which are engraved with key-fret pattern. The stone is predominantly mottled green, with some black veining running through it.

Jade fittings in the form of mythical animals feature from very early times in China. Jessica Rawson illustrates an animal fitting with very similar ‘wings’ to the legs, dating to the Eastern Han dynasty (25 – 220 AD). She states that “…the combination of the material jade and the imaginary auspicious creature suggests that such an item may have had some protective function.” A similar imaginary beast is in the Hotung collection at the British Museum in London.1