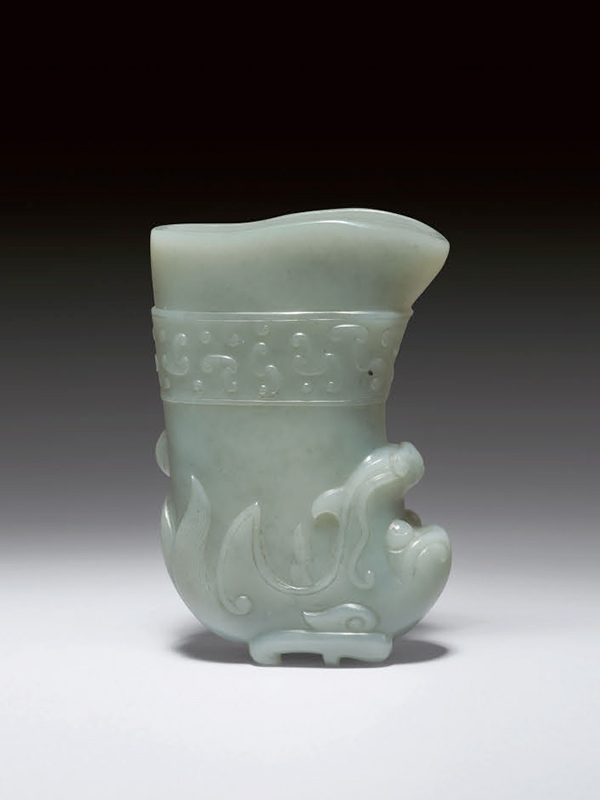 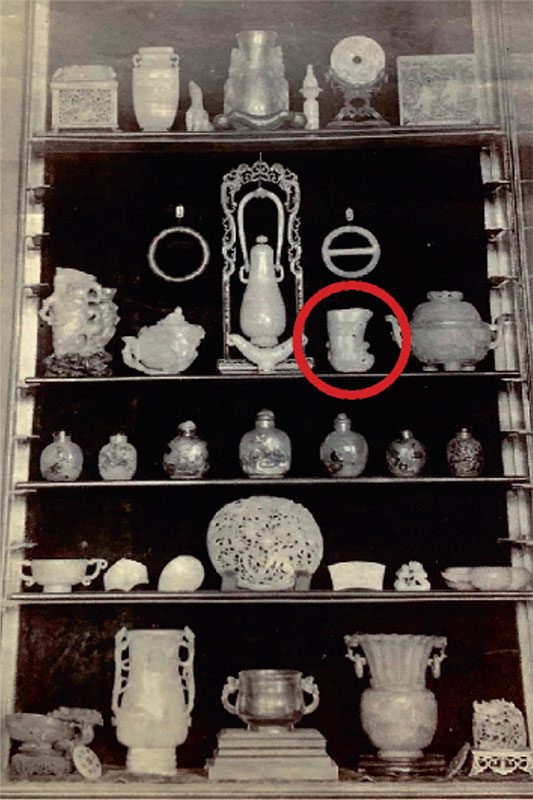 A small jade rhyton or drinking vessel, supported on a large makara head, the base formed by the animaI’s two horns. The vesse is carved with a band of archaistic scrolls, the stone is of pale greyish-green colour.

The rhyton or drinking vessel originated in Western antiquity and occurred in various materials, including pottery and bronze. It stands to reason that such vessels were introduced to China, probably during the early Han dynasty. (206 BC – 220 AD). There is an elaborate jade rhyton in the tomb of the King Of Nanyue in Guangzhou, which dates from the Han dynasty.1  A Ming dynasty (1368 -1644) example from the Hotung collection is in the British Museum.2 A similar, larger rhyton was included in the 1981 Spink & Son Exhibition of Fine Jade.3

Provenance: From the collection of a Russian diplomat, living in Geneva. The Swiss photographer Fréderic Boisonnas (1858 -1946) who ran the family photo studio until 1920, photographed this collection in situ, signing his work.

A photograph features the present rhyton.