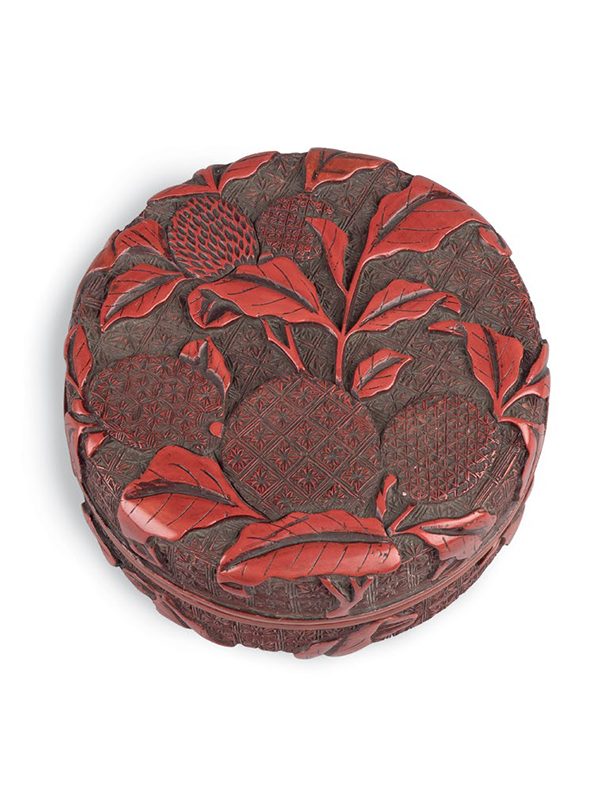 A circular red lacquer box with domed cover, carved all over with a dense design of lychees and leafy branches against a background of starburst diapers. Each fruit is carved with a different pattern, including hexagons, diamond shapes, starbursts and wan characters. The bottom section of the box is concave and the interior is lacquered black. An oval paper label, reading “456” is attached to the base.

Small boxes like the present example were often used as containers for incense powder.  The decorative device of lychees covering both top and bottom sections of a lacquer box is unusual, but seen in other materials, such as jade, ivory and gilt bronze.  The relatively heavy weight of this box would indicate that it probably has a metal core. The word for lychee (lizhi) is homophonous with ‘establishing a son’, and therefore very auspicious as it implies ‘having a son so as to continue the family name’.1   A very similar box, dated to the late 16th to early 17th century, is in the Irving collection at the Metropolitan Museum in New York.2  An almost identical lacquer box of similar size and carved with the same lychee pattern is in the collection of the National Palace Museum, Taipei.3