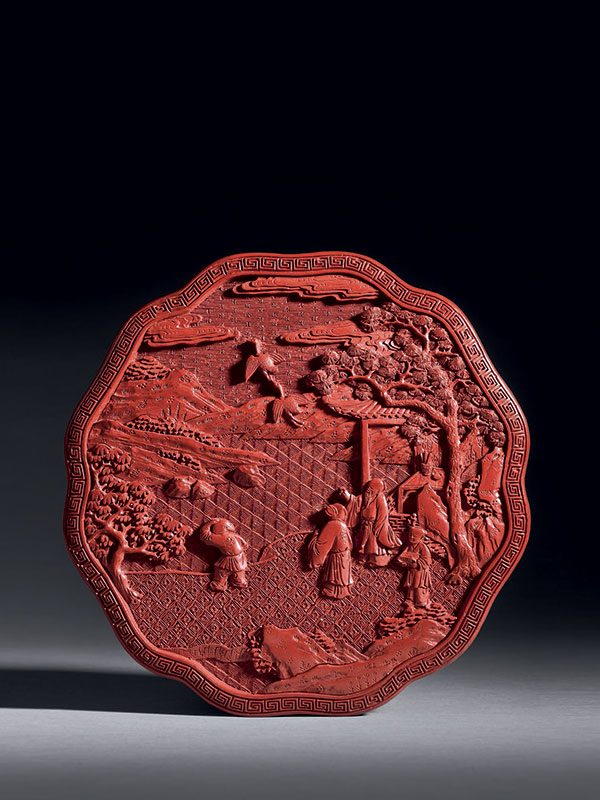 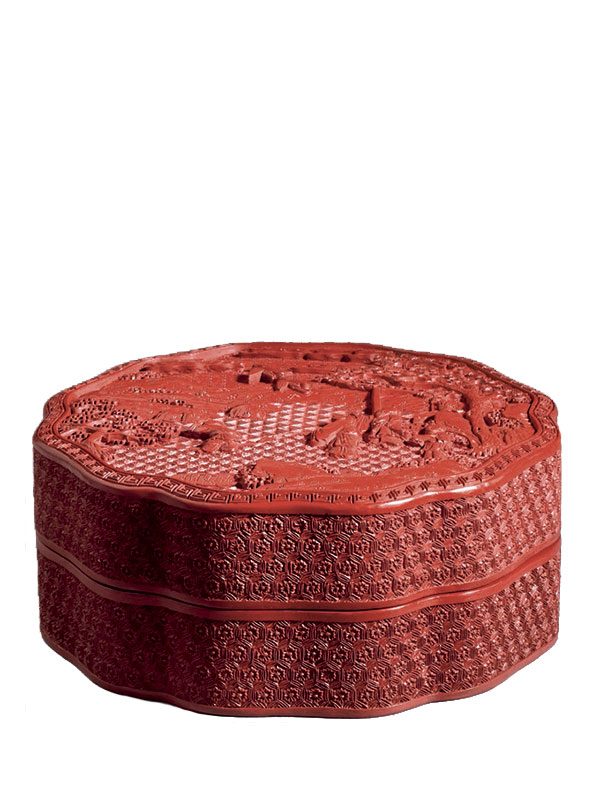 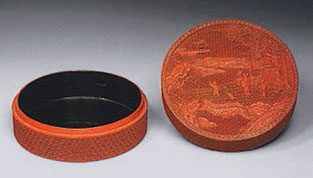 A lacquer box of foliate form with straight sides, terminating in lipped rims. The flat top is carved through a thick layer of red lacquer and depicts two scholars, accompanied by two young attendants, standing beside a pavilion and watching two cranes in flight in the sky over a river landscape.  The pavilion, which stands on a rocky promontory in the shadow of a large pine tree, is minutely carved with a scholar’s desk, a brush pot, books and a screen at the back. The background of the scene has three different types of diapers representing land, water and sky. The scene is framed by a single key-fret band. The sides are carved with hexagonal diaper pattern.  The interior and the base are lacquered in black.

The finely carved decoration on this lacquer box constitutes a birthday greeting. The crane and the pine are both symbols of longevity, and together form the pun “may you possess the longevity of the crane and the age of the pine” (heshou songling).[1]  This birthday greeting can be used for a single person or for a husband and wife, as the pine and the crane can represent a couple. The impressive skills of the craftsman are demonstrated in the carving in minute detail, especially the vivid facial expression of the scholar who faces the viewer, the depiction of the pavilion and its display of scholar’s objects. A closely comparable circular cinnabar lacquer box is in the collection of the National Palace Museum, Taipei.  Its cover, similarly depicting a scene of releasing cranes, includes two scholars accompanied by two young attendants beside a pavilion. This box is carved with a title ‘Treasure box of releasing cranes’ on the interior, and a Qianlong mark on the base (fig. 1).2