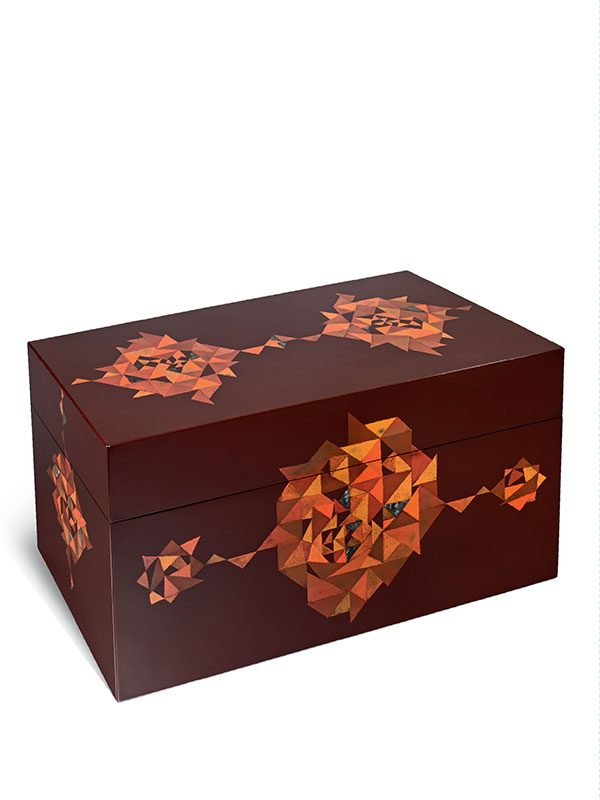 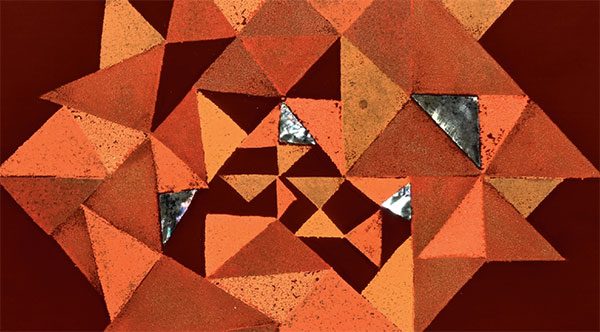 A lacquer box and cover of rectangular format. The top and sides are inlaid in the kinma technique with stylized bunches of flowers in coloured lacquer and mother-of-pearl triangles, all on a chocolate ground. The inside of the box and of the cover is undecorated and covered in a layer of matte black lacquer. The box is contained within is original wooden storage box, tomobako, which has an inscription on the outside reading Saishiki hana makie, kazari bako (coloured makie with flower design, a decorative box). The back of the tomobako is inscribed “Shigeo” and has a seal.

The colourful decoration of stylized flowers on this beautiful box is made with a technique called kinma, a technique in which a design is cut into the surface of the lacquer first, using a special carving blade known as a kinma-ken. The cut areas are subsequently filled in with coloured lacquer and, in this instance, triangles of cut mother-of-pearl. The filled-in areas are then polished down before the whole piece is burnished with powdered deer antler. The technique, a very ancient one, is said to have originated in Southeast Asia, coinciding with the fashion for chewing betel nuts; many lacquer betel-nut containers were decorated in this technique. Not much is known about the artist Shigeo, but we do know that he produced a hexagonal box with a design of tropical fish.[1]