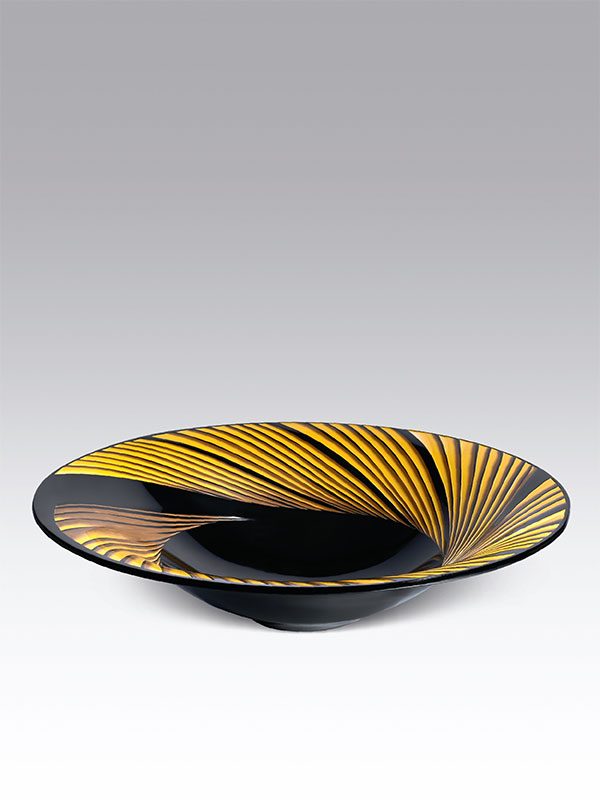 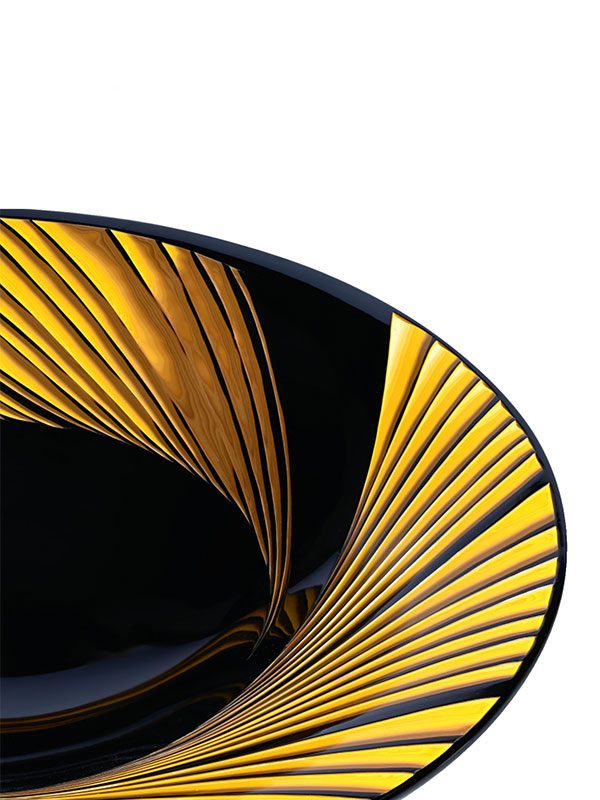 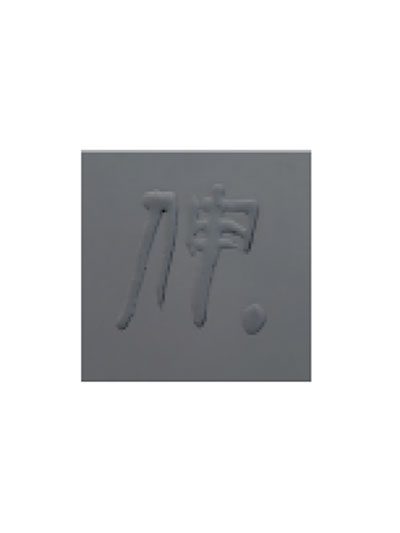 A large lacquer dish of circular format, the deeply rounded sides tapering down towards a small, flat base. The inside is subtly carved with a spiral pattern in brilliant yellow on a black ground, arranged around a plain black centre. The base is lacquered with the signature of Nobuyushi Yogi. The dish is contained within the original tomobako, the top of which is inscribed Choshitsu moriki, Shunsai (carved lacquer work, “Spring Colours”) and on the inside carries the inscription Yagi Nobuyoshi saku (made by Yagi Nobuyushi) and the seal of the artist.

This extremely vibrant, large lacquer bowl was made by the artist Nobuyushi Yogi, who was born in Nara prefecture in 1960. He now lives in Kagawa prefecture, where he works in Sanuki City. He is a member and regular exhibitor of the Nihon Kogeikai (Japan Art Crafts Association) and the Kagawa Prefecture Artists Association.  He studied under the well-known choshitsu (carved lacquer) artist Otomaru Koda, who was designated a Living National Treasure in 1955. In 2013, Nobyuyushi received the Kagawa Prefecture Mayor award for his contributions in lacquer production and educating the next generation of lacquer artists. In 1986, Nobuyoshi exhibited a carved lacquer box for poetry cards at the 34th Traditional Art Crafts Exhibition.