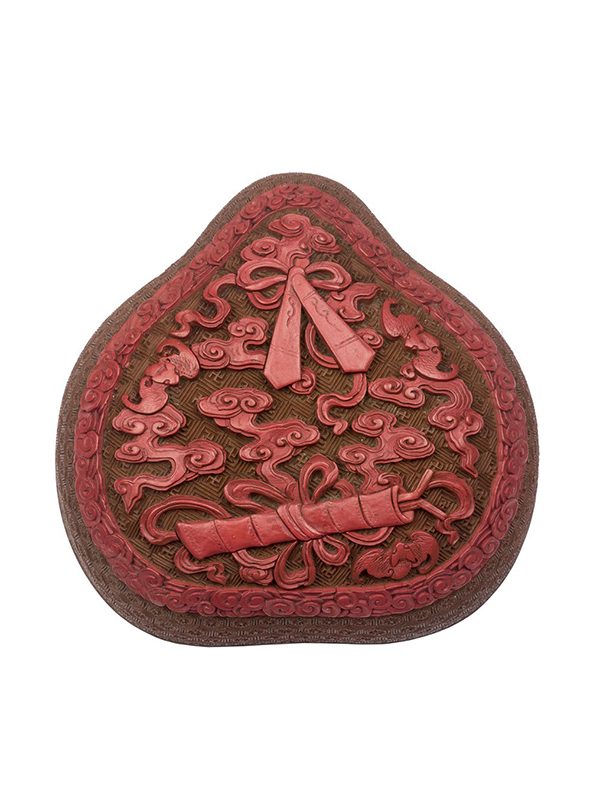 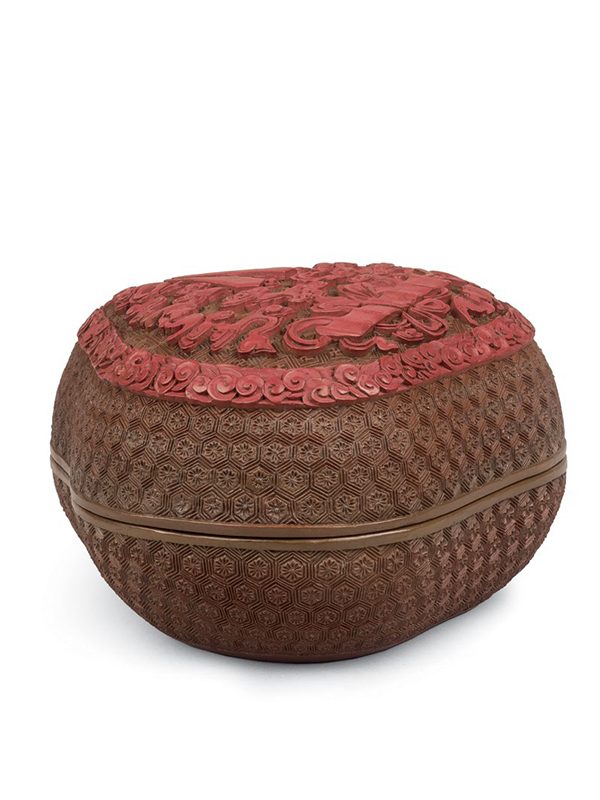 A small lacquer box in the shape of a peach. The slightly domed top is carved with two attributes of the Eight Immortals; a pair of castanets and a wrapped sheng, or mouth organ. The instruments are carved on a ground of ruyi-shaped cloud scrolls, though a thick layer of cinnabar to the ochre ground, which has a diaper pattern with wan (one thousand) symbols. The decoration is contained within a border composed of scrolling clouds. The domed sides of both the box and the cover are carved with a dense pattern of hexagonal diapers.  The interior and the base are lacquered black.

The Eight Immortals (baxian) are a group of legendary figures in Chinese mythology. The castanets are generally associated with the immortal Cao Guojiu, believed to be a descendant of Cao Bin, a general of the early Song dynasty, and a younger brother of Empress Cao, the wife of Emperor Renzong of the Song dynasty.  He is regarded as the patron deity of acting and theatre. The sheng or mouth organ is the attribute of the immortal He Xiangu, the only female among the Eight Immortals. According to Terese Bartholomew, the peach (tao) symbolizes longevity.1 The peach shape is often seen in lacquer boxes, such as an example in the Muwentang collection.2